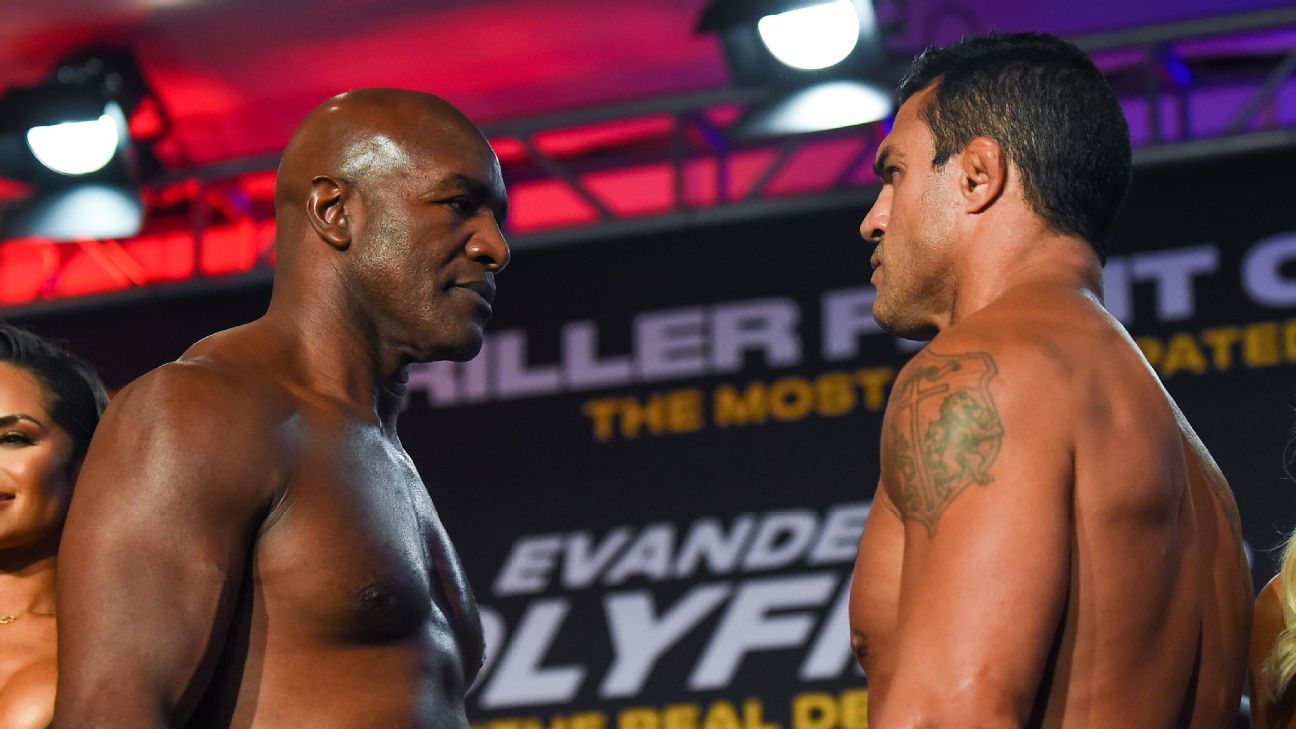 Holyfield (44-10-2, 29 KOs), of Atlanta, is 58 years old and hasn’t fought since defeating Brian Nielsen by 10th-round TKO in May 2011. The last time Holyfield held a major heavyweight title was in 2000, after defeating John Ruiz for the vacant WBA belt.

Holyfield is replacing Oscar De La Hoya, who was scheduled to face Belfort before testing positive for COVID-19 less than two weeks before the fight.

Belfort, 44, of Rio de Janeiro, who competed in the middleweight, light heavyweight and heavyweight division in the UFC, has one professional boxing match on his record, a first-round KO of Josemario Neves in 2006.

Ortiz, 46, of Huntington Beach, California, is making his boxing debut.

Anthony Chavez and Diuhl Olguin fought to a majority draw in their six-round junior lightweight battle. One judge had it 59-56 for Chavez, while the other two had the fight 57-57.