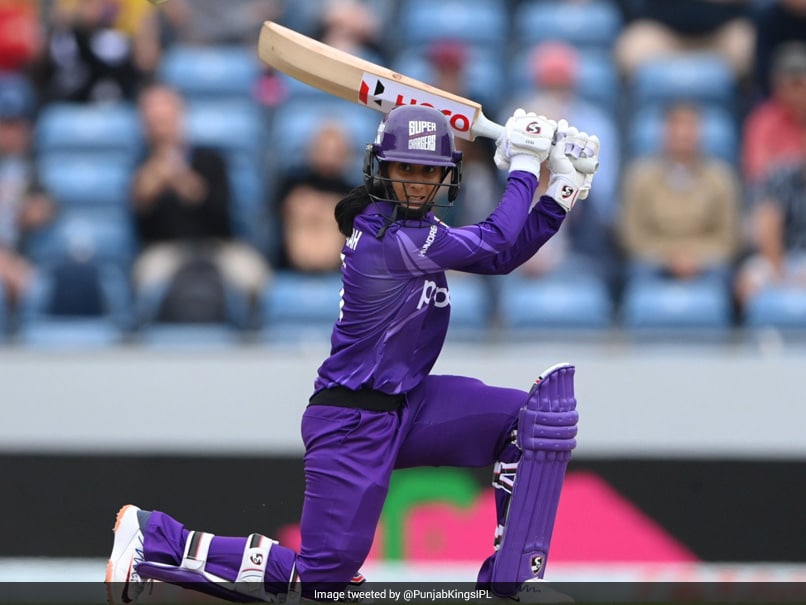 Jemimah Rodrigues guided Northern Superchargers to victory with her 92* off 42 balls.© Twitter


Indian batter Jemimah Rodrigues slammed 92 off just 43 balls to help Northern Superchargers register a thumping win over Welsh Fire at Headingley in The Hundred on Saturday. While skipper Lauren Winfield Hill, Laura Wolvaardt, and Hollie Armitage struggled to get their feet in, Rodrigues took on the bowlers and single-handedly propelled Northern Superchargers to a win. Chasing 131, Superchargers got off to a worst possible start as they lost Winfield with no run on the scoreboard. Superchargers were thrown into a precarious position when they Wolvaardt and Armitage with just seven runs on board.

However, Rodrigues stitched an unbeaten 112- run stand with Alice Davidson Richards to steer Superchargers to a thrilling win with 15 balls to spare.

The Indian batter smashed 17 fours and one glorious six in her innings. Richards assisted Rodrigues with a 28-ball 23 in the match.

Earlier put in to bat first, Welsh Fire scored 130/8 in 100 balls. Hayley Matthews (30) top-scored for the side while Bryony Smith hit 19 to give Welsh Fire a flying start.