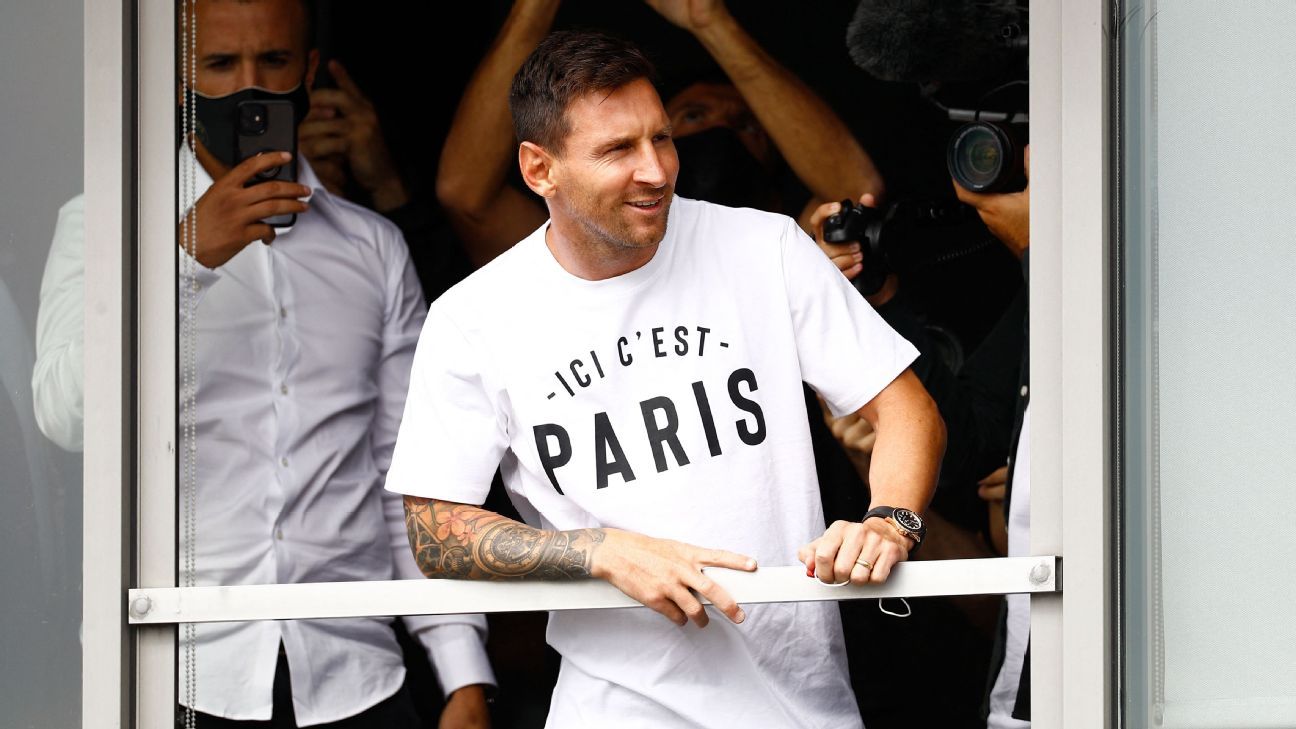 Paris Saint-Germain have confirmed the signing of Lionel Messi after the Argentina captain left Barcelona on a free transfer.

Messi has signed a two-year contract with the Ligue 1 side, with the option of extending for a further year.

– Messi’s tearful farewell on Barcelona’s day like no other
– The definitive timeline of Messi’s Barcelona career
– Barca fans can still buy Messi No. 10 jerseys after star’s exit

PSG will hold a news conference on Wednesday at 11 a.m. CEST (5 a.m. ET) to formally introduce Messi. He arrived to the French capital on Tuesday via private plane where he completed his medical exam and visited Parc des Princes stadium.

Messi will wear No. 30 with PSG, which was his first number at Barcelona. Neymar, who’ll now reunite with his ex-Barca teammate, had offered the No. 10 but Messi refused. PSG asked for authorisation as No. 30 is reserved for goalkeepers under league rules and was worn by Alexandre Letellier.

Hundreds of PSG fans waited for Messi’s arrival at the Bourget airport and at Parc des Princes, as well at Hotel Le Royal Monceau, where the player and family are staying. The hotel is the same location Neymar stayed when he completed his world-record €222m move to PSG in 2017.

Messi, a six-time Ballon d’Or-winner, had spent his entire career with the Catalan club, having joined their youth team in 2000, but Barcelona announced he would not be staying after they were unable to register his new contract due to financial constraints. His previous deal with the club expired on June 30.

He held a tearful, farewell news conference on Sunday once his Barca exit had been confirmed.

Messi, 34, had agreed to a new five-year contract with Barca, but that would have meant the club’s wage bill stood at 110% of their revenue. Their spending cap with LaLiga has dropped from over €600 million in 2019-20 to an expected €200m for the coming season, making it impossible to register Messi’s new deal, even with a pay cut. His previous terms included a base salary of around €70m gross without bonuses.

Messi had told Sunday’s news conference that he had wanted to remain at Barca and had agreed to a 50% wage cut, but the club could not register him because of their failure to offload other players in time and reduce their high wage bill. He said he had received several calls from clubs since the news broke that he would not continue his 21-year association with Barca.

In July, he also won his first major international honour as he helped Argentina win the Copa America.