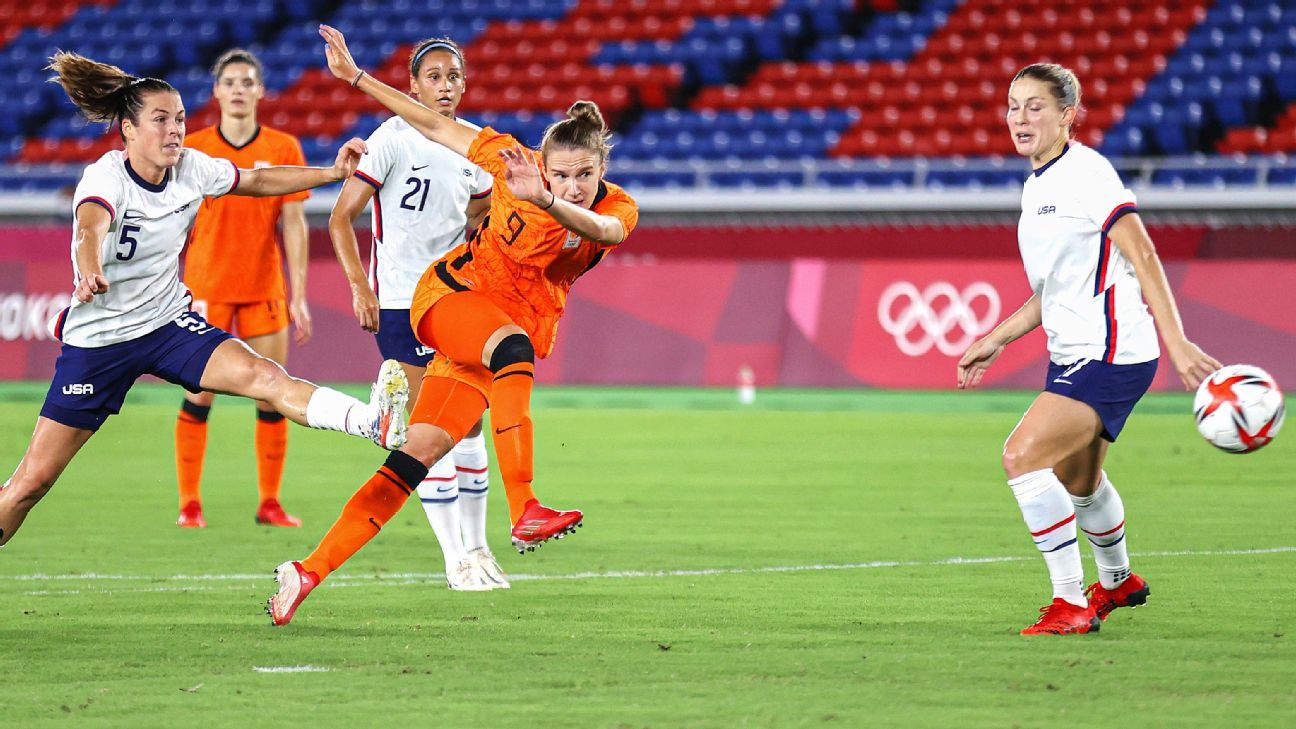 The United States women’s national team are through to the 2020 Tokyo Olympic soccer semifinals after a penalty shootout win against Netherlands, following a 2-2 draw after extra-time.

Vivianne Miedema, who was making her 100th appearance for Netherlands, scored in each half while a stunning three minutes for Sam Mewis and Lynn Williams in the first half saw them take an early lead.

Miedema has been the player of the tournament, scoring 10 goals in total. Her tally is the highest ever achieved by a women’s player in the Olympics.

Her first came after 18 minutes with her second touch of the match. The USWNT were on top and despite a crowded box she managed to get her shot off and on target.

The USWNT weren’t down for long though and, 10 minutes later, Mewis equalized with a header from a Williams cross.

Williams got on the scoresheet herself two minutes later with a right-footed shot past Sari van Veenendaal.

The USWNT’s lead didn’t last long into the second half with Miedema scoring her second on 54 minutes. Alyssa Naeher nearly saved it but there was too much power on the shot.

Netherlands had the perfect opportunity to put the game to bed on 81 minutes when Kelley O’Hara gave away a penalty but Lieke Martens’ shot was saved by Naeher.

Lineth Beerensteyn had the ball in the net four minutes into extra time for Netherlands but it was ruled offside and chalked off by VAR.

The USWNT had a goal of their own ruled out by VAR in the second half of extra time when Megan Rapinoe played Alex Morgan through. However, she was found to be offside in the build up and another goal was cleared from the scoreline and the game went to penalties.