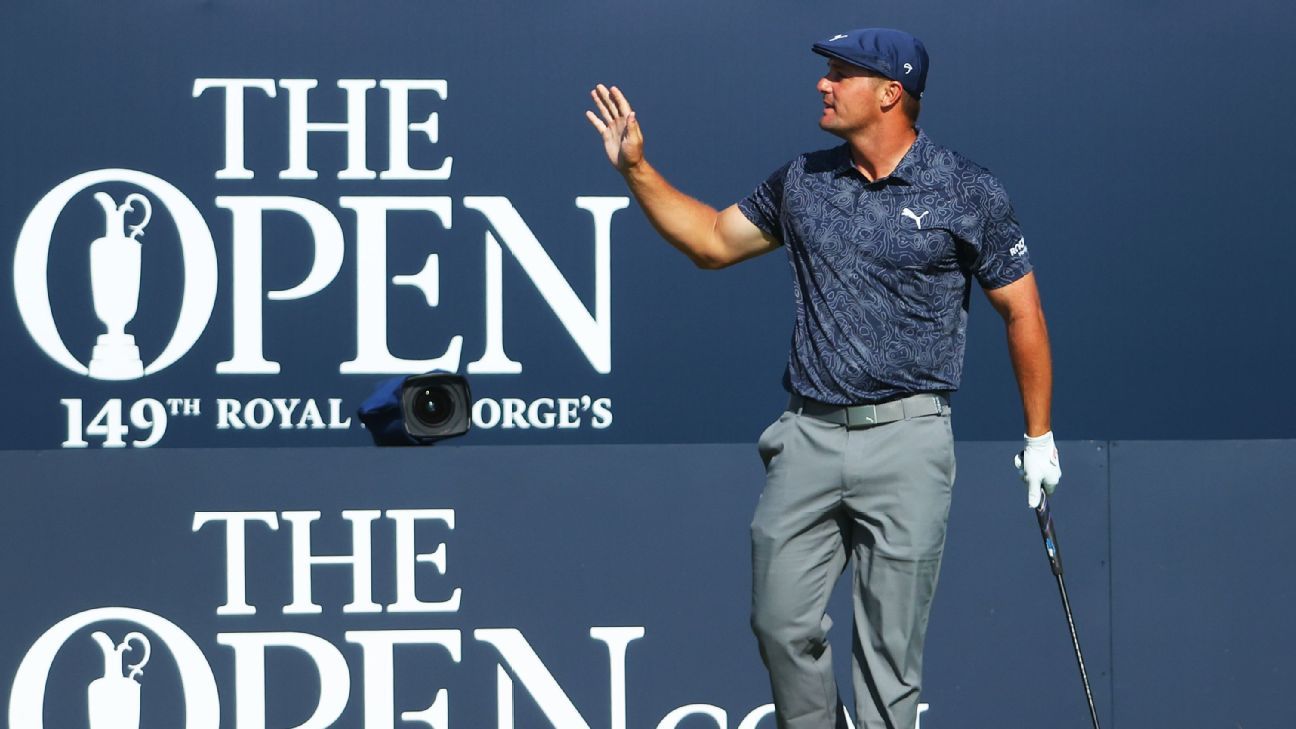 SANDWICH, England — After making five birdies without a bogey for a final-round 65 at Royal St. George’s — and generally feeling like that is the worst he could have shot, Bryson DeChambeau was left to ponder where all that solid golf was earlier in the week.

A tumultuous week at The Open came to a nice, calm benign end Sunday for DeChambeau, who went out early on a sun-splashed morning and figured out a few things about the links game that frustrated him at the onset of the tournament and caused a rant against his equipment company that later brought an apology.

“Whenever you shoot 5-under at a major championship, especially the Open championship where I’m not used to it … played American golf my whole life and played over here a few times with not too much success,” DeChambeau said. “It’s great to get something under my belt for next year.

“I felt like I understand more how to play Open Championship-style golf. If I could get a little bit better on the greens, today I shoot 8- or 9-under. It could have been a deep one today. I’m very proud to shoot 5-under — very, very happy with that, and I’ll learn a lot from it to next year.”

His opening-round 71 saw him hit just four fairways, meaning DeChambeau did well to finish in just 1-over par Thursday. But he went on a post-round rant about his driver, saying it “sucks,” and thus calling out equipment maker Cobra. The company issued its own rebuke of the golfer, and it dominated headlines and clearly distracted DeChambeau during the second round.

Slowly, he began to find some form over the weekend. On Sunday, DeChambeau hit 15 greens, a huge improvement over his previous best day of the week on Friday, when he hit 12.

DeChambeau needed 30 putts on Sunday — and never broke that number during any round, or his scores would have been better.

This was just DeChambeau’s fourth Open, and he admitted it is the major championship that challenges him the most.

“Definitely my wedges,” DeChambeau said about the weak part of his game this week. “And also the strategy — trying wedges, and also the strategy. Trying to understand how to play to certain parts of the fairway so I can get to certain pins effectively. I didn’t do that the first few days. Started to learn yesterday. Today I felt pretty comfortable even with the wind switching completely. It was kind of good to navigate my way around the golf course.”

DeChambeau said he might arrive early next year to play the Scottish Open prior to The Open and get better acclimated, and he’s also looking forward to playing the Old Course at the Home of Golf for the 150th playing of the championship.

“I’ve never played it,” he said. “So I’m really looking forward to seeing what I can do out there. If I can drive it really well, I think there’s a lot of opportunities. I’ve heard that. So, hey, maybe next year’s the golden ticket for me.”

Next up for DeChambeau is the Olympics; he leaves for Tokyo next Sunday.

“I want to compete for that gold,” he said.