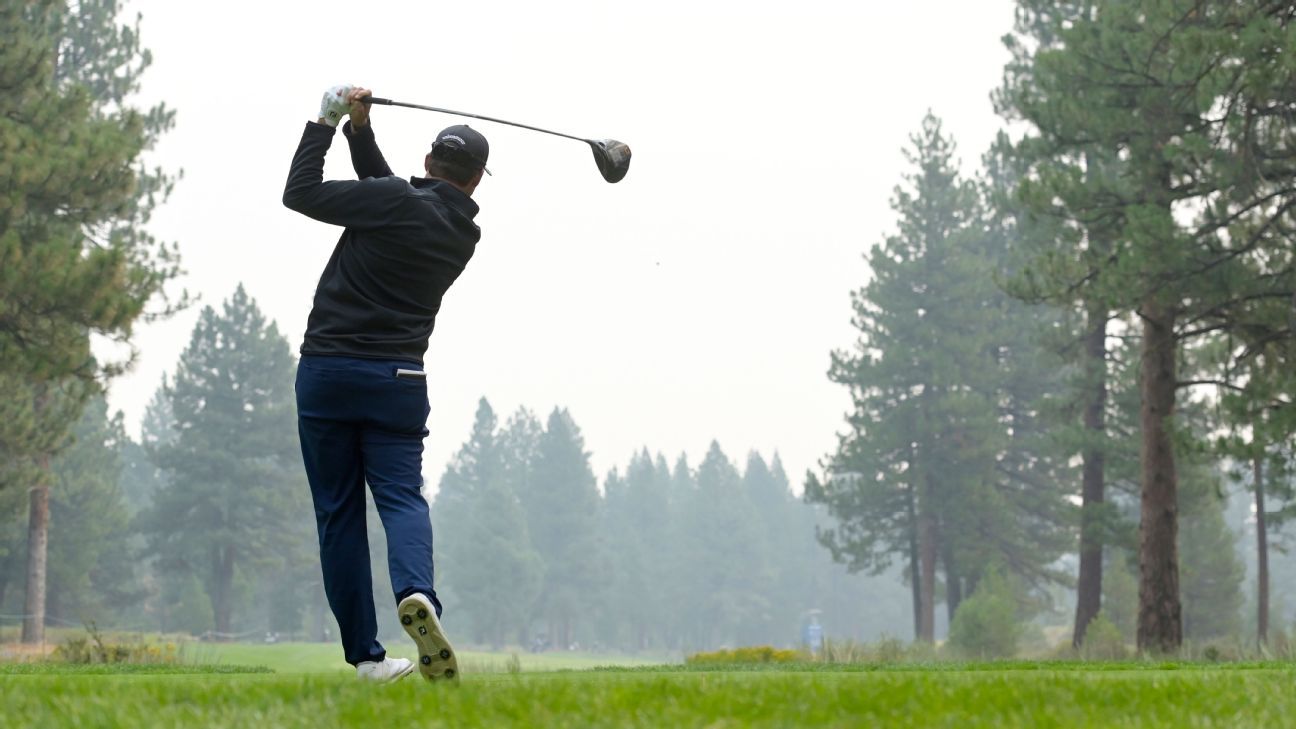 TRUCKEE, Calif. — Adam Schenk birdied the par-4 18th in smoky conditions from wildfires Saturday for an 11-point round and four-point lead in the Barracuda Championship, the only PGA Tour event that uses the modified Stableford scoring system.

Players receive eight points for an albatross, five for eagle, two for birdie and zero for par. A point is subtracted for a bogey, and three points are taken away for a double bogey or worse.

Schenk, the 29-year-old former Purdue player seeking his first PGA Tour title, had seven birdies and a bogey in the third round to reach 38 points on Tahoe Mountain Club’s Old Greenwood Course.

Andrew Putnam, the 2018 winner for his lone PGA Tour title, was tied for second with Erik van Rooyen. Putnam had a nine-point day, and van Rooyen scored 10 points.

Because of concerns about the smoke, the tee times Saturday were pushed back.

The winner will earn a spot in the PGA Championship next year but not the Masters because the event is being played opposite a World Golf Championship – the FedEx St. Jude Invitational in Memphis, Tennessee.