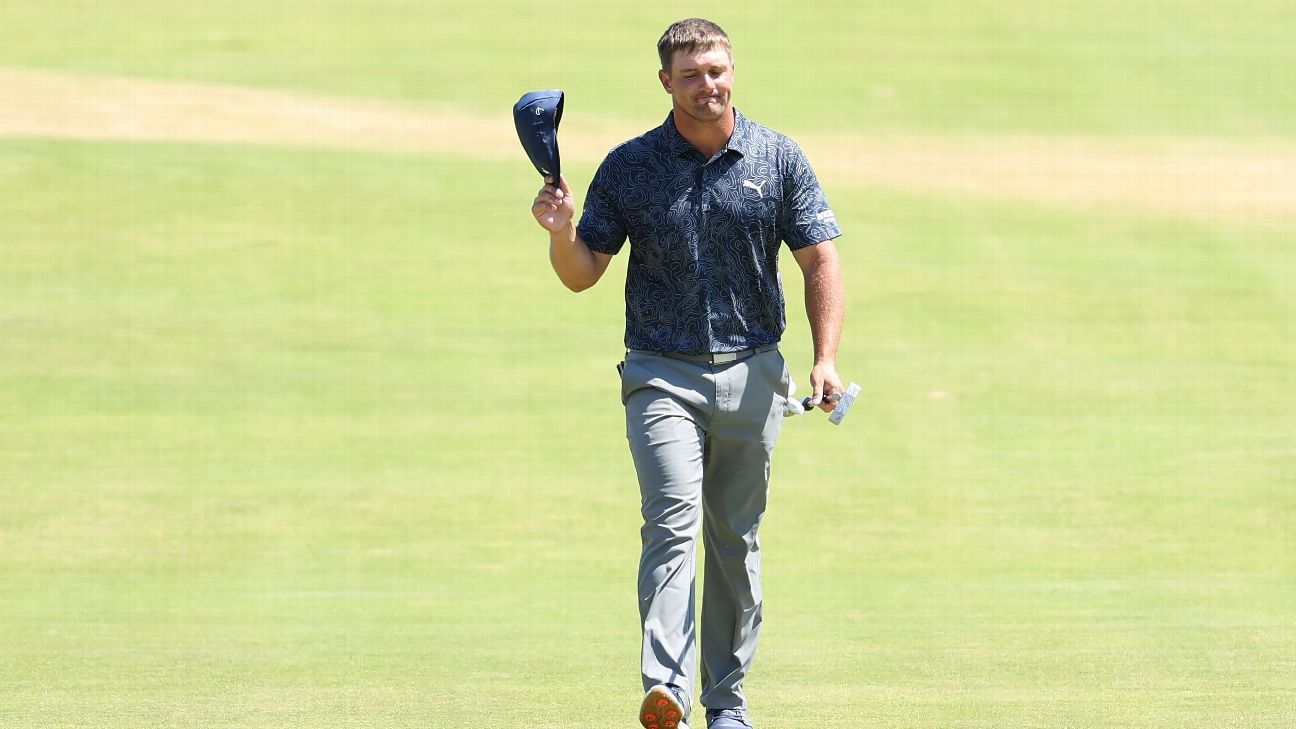 In your head, this should sound like a bad, over-the-top game show host …

Hey everybody, it’s the waaaay-too-early major championship predictions for 2022! I’ll give you all the picks that have zero chance of coming true but are great for starting arguments! And what’s the first big one I’m gonna give you? The Masters is NOT the first major of the year! Hang on tight, kids, ’cause here we go!!”

It’s not a debate anymore whether or not it’s a major. Sorry, old folks, you might as well get over it and embrace it.

What’s also not a debate is that Patrick Cantlay has got game. It’s not flashy or sexy. Heck, if we’re being honest, it’s kind of boring. But that’s what winning the Players takes: boring, patient golf. Cantlay will dry toast it around TPC Sawgrass to win his first career “major” and the floodgates will not open.

Just because it seems like an easy, no-brainer pick doesn’t mean it’s not true. While Rahm did not get into serious contention at The Open, his final round did show us something that you should make a mental note of — when the greens were at their fastest, he putted his best.

Now, a guy who’s got a U.S. Open title under his belt is going to take on the place where it’s always been about putting.

If there’s one course that I’m (literally) cool with playing this major at in May it’s Southern Hills. It can get, uh, hot. This will be another first-time major winner, but this time everyone will have seen it coming. Ever since winning rookie of the year in 2017, Schauffele has carried the weight of major champion expectations on his back. That said, his performances in majors certainly didn’t diminish those lofty goals. “It’s only a matter of time” continued to be thrown around every time he didn’t win one. Well, this will be that time. The hottest thing in Tulsa this week will be the guy whose name gets butchered more often than any other PGA Tour pro’s today — think Xanadu Shuffle.

If you thought he loved his driver before … man, the digs keep coming! What’s more American than Brooks bringing the title back home to the good ol’ USA while needling the American guy who took the title from him in the first place. (Hello, Bryson DeChambeau.)

In 2021 at Torrey Pines, Koepka struggled on the back nine when he had a chance to win Sunday. That will not happen again. This time, he grabs the lead early and closes like the Brooks we’ve seen before.

And that winner’s presser is going to be something.

Yeah, the scientist is going to win the 150th playing of the oldest major in golf. Regardless of how you feel about Bryson, there is something you need to give him credit for — he’s willing to adapt and “figure it out.” On the final day of the 2021 Open he said he understood how to play links style. Think about what will come out of his lab after he takes that knowledge and grinds on it for a year. Just saying, don’t be surprised if both Old and Young Tom Morris are standing in the surf off the beach at St. Andrews shaking their mashie niblicks at DeChambeau as he becomes the 2022 Champion Golfer of the Year.

P.S. Bryson’s presser will be even better than Brooks’ from the U.S. Open because he’ll finally take a legit shot at Koepka, and will send us to infinity and beyond.