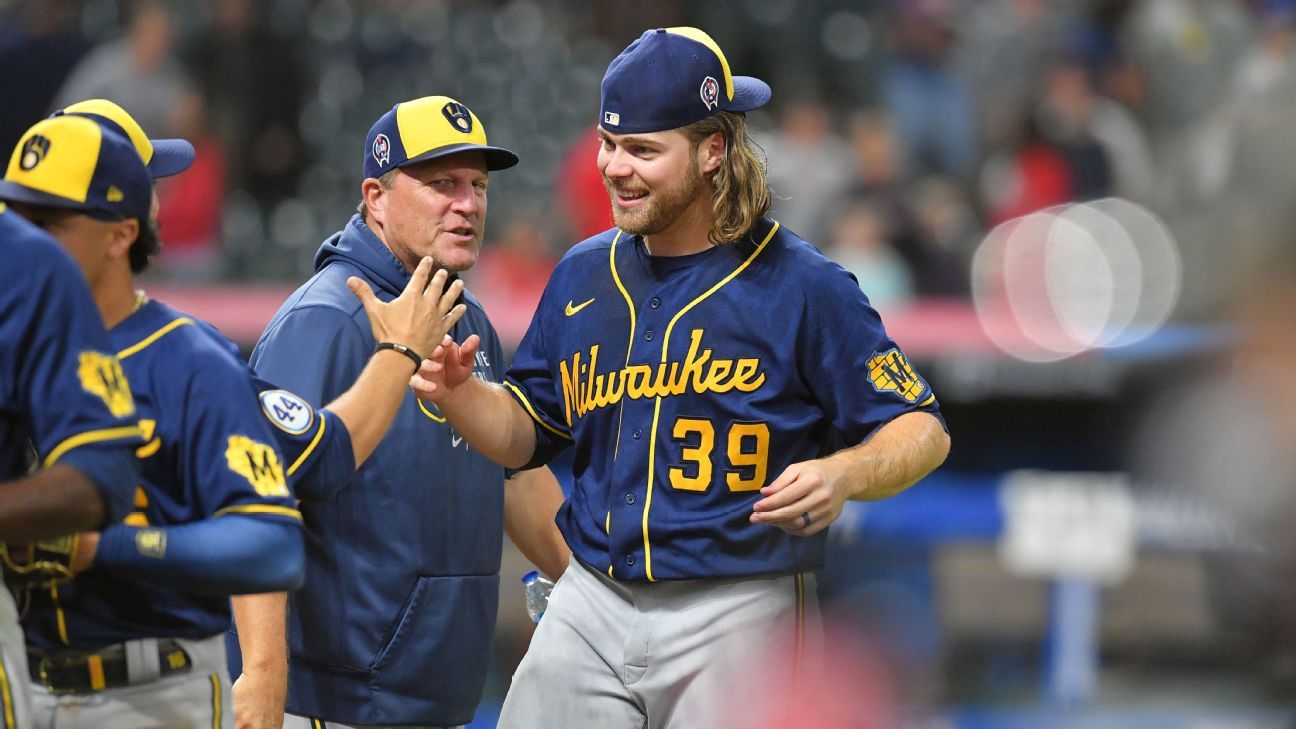 Burnes (10-4) struck out 14 with 115 pitches over eight innings, taking a perfect game into the seventh while overpowering the Indians, who were no-hit for the third time in 2021. This time is was by Burnes — who has become a Cy Young contender as the Brewers run away with the NL Central — and Hader, one of the game’s top closers.

Cleveland is the first team to be no-hit three times in the same year — all of them with starter Zach Plesac (10-5) on the mound.

The right-handed Burnes was in control from the start, striking out 11 of his first 14 hitters and retiring the first 18 in order. After walking Myles Straw to start the seventh, the 26-year-old got through the eighth thanks to a diving catch by center fielder Lorenzo Cain on Owen Miller‘s liner.

The Progressive Field crowd booed as Hader came on in the ninth. He overpowered Oscar Mercado, striking him out to start the inning. Then, first baseman Jace Peterson went into foul territory to making a lunging catch for the second out.

Hader ended the no-hitter by getting Straw to flail at a pitch in the dirt. The Brewers stormed the field to share hugs and high-fives with a signature victory in their runaway season.

Arizona rookie Tyler Gilbert had thrown the majors’ most recent no-hitter on Aug. 14, and the Chicago Cubs threw the only previous combined effort on June 24. The other no-hitters this season were thrown by San Diego’s Joe Musgrove (April 9), Carlos Rodon of the Chicago White Sox (April 14), Cincinnati’s Wade Miley (May 7), Detroit’s Spencer Turnbull (May 18) and the Yankees’ Corey Kluber (May 19).

Most of those gems were thrown before MLB cracked down on the use of sticky foreign substances by pitchers in late June.

The Brewers completed this bit of history three days after Minnesota rookie Joe Ryan retired the first 19 Indians batters in a 3-0 win at Progressive Field.

Plesac couldn’t get his head around being on the wrong side of three no-hitters. Prior to Saturday, Jim Perry was the only starter in baseball history to have his opponent throw a no-hitter three times in a career prior to Saturday