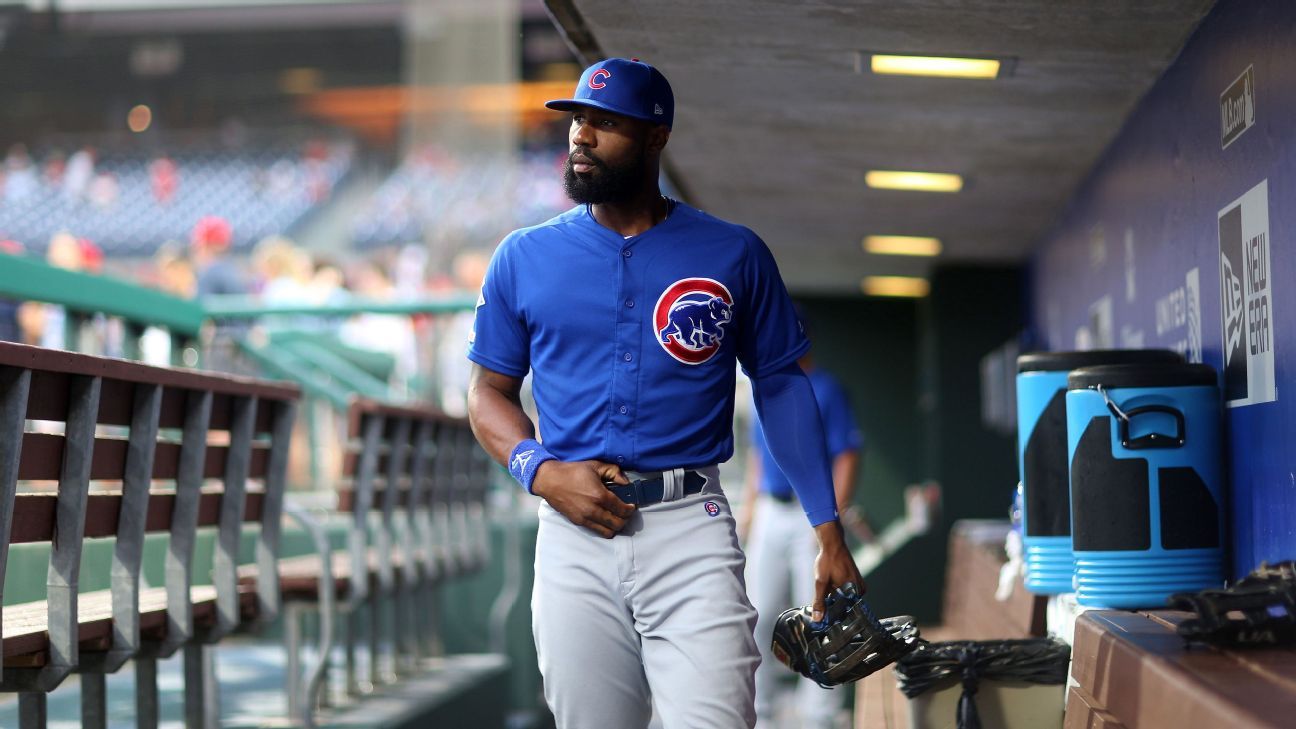 CHICAGO — Chicago Cubs outfielder Jason Heyward left Saturday’s game with San Francisco in the fourth inning after sliding into third and getting kneed in the head by Giants shortstop Brandon Crawford.

Heyward was at first when Crawford fielded David Bote’s grounder at short and threw to first baseman Brandon Belt. Bote beat it out for an infield single, then Heyward tried to advance to third.

Heyward beat Belt’s throw back to Crawford, who was covering the bag. But as Crawford took the throw on the run and jumped over Heyward, his knee hit Heyward in the head.

Heyward stayed down for a few minutes as he was checked by medical staff. He got up and walked to the dugout, accompanied by a trainer.