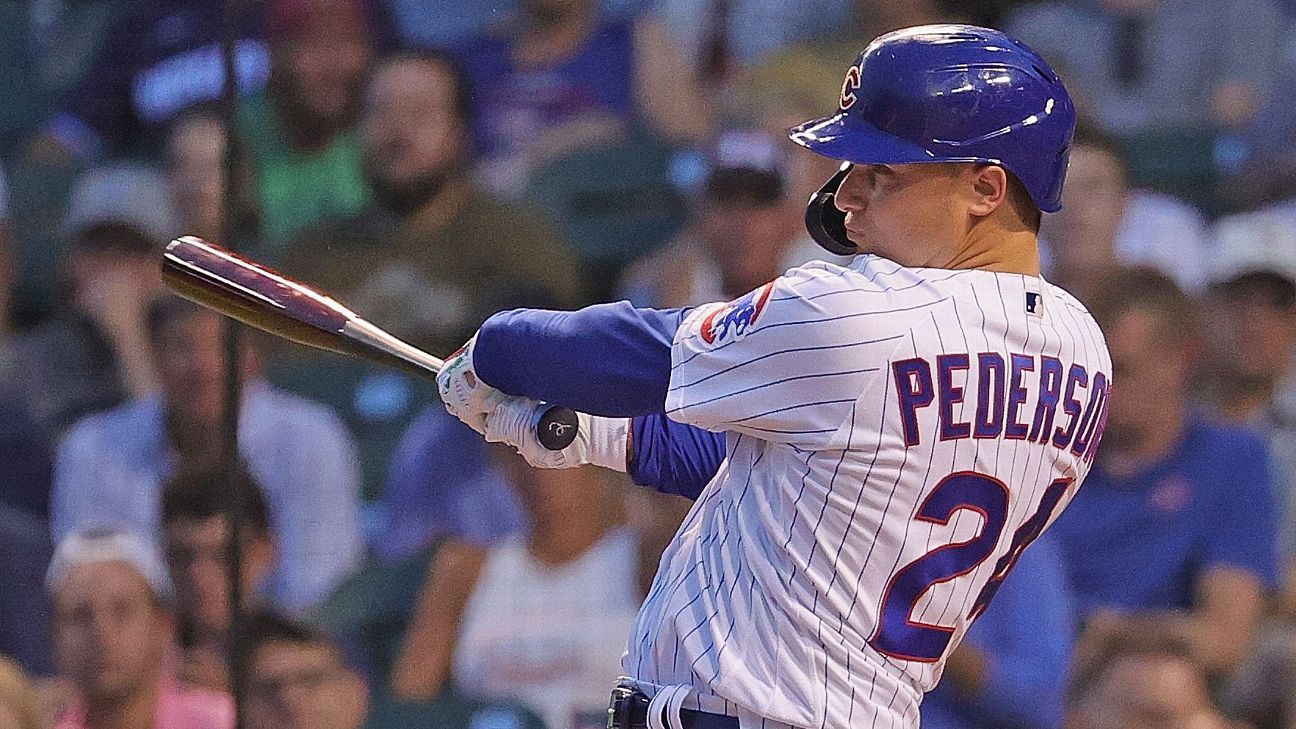 Pederson, 29, had 11 home runs and a .718 OPS in 73 games for the Cubs after signing a one-year, $4.5 million deal that included a $10 million mutual option and $2.5 million buyout. The deal comes just days after Braves star Ronald Acuna Jr tore the ACL in his right knee.

Atlanta begins the second half of the season four games behind the first-place New York Mets in the National League East and a game under .500. They’ve dealt with an inordinate amount of injuries throughout the first half — Acuna is just the latest.

Meanwhile, the Cubs are beginning to subtract from their third-place team in an attempt to retool, as half their roster is set to become free agents after this season.

Ball was a 24th-round pick for the Braves in 2019 and has compiled a .377 on-base percentage over two seasons in the minors. ESPN’s Kiley McDaniel describes Ball as a player with “huge exit velocities” but with some “contact problems.”

Pederson is not expected to be the only player dealt from the Cubs before the July 30 MLB trade deadline.