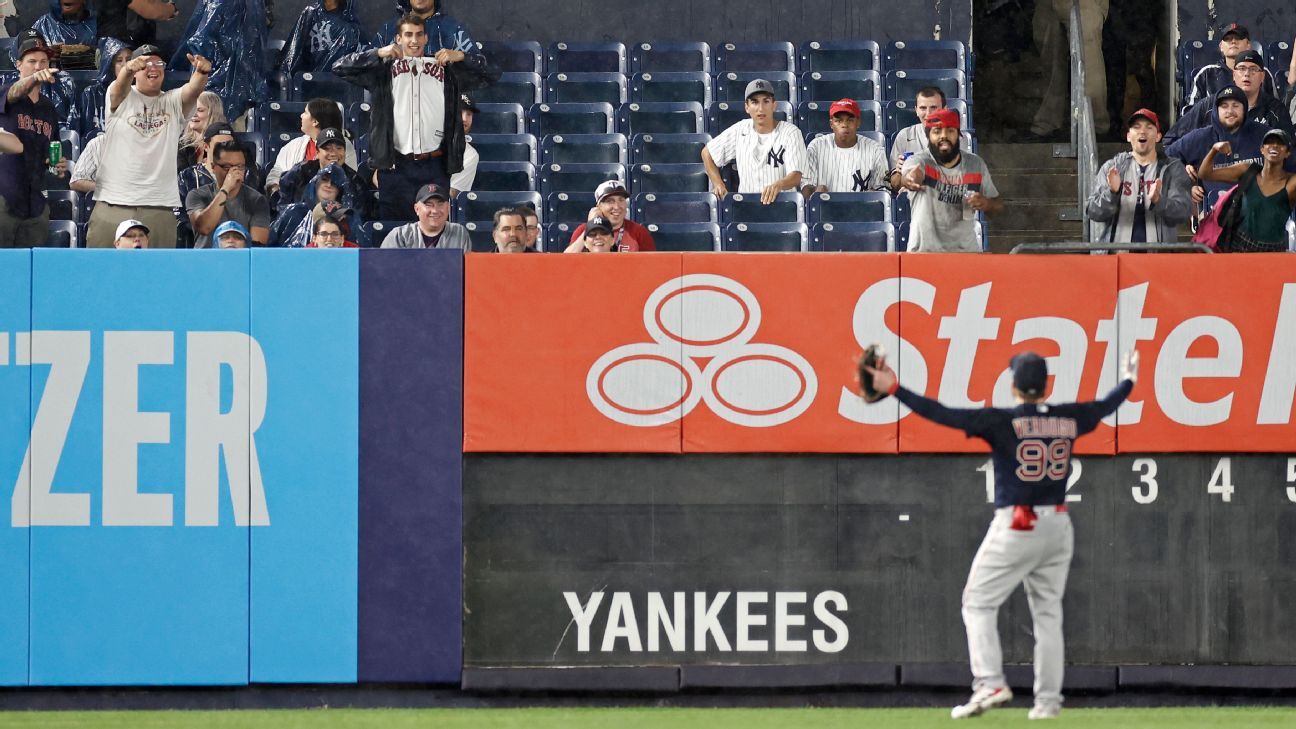 A fan threw a baseball at Boston Red Sox left fielder Alex Verdugo and hit him in the back during Saturday night’s game at Yankee Stadium, leading manager Alex Cora to briefly pull his players off the field in the sixth inning.

Verdugo began yelling at fans and was restrained by first base coach Tom Goodwin.

“It felt like it was targeted towards me and it don’t sit well with me,” Verdugo said afterward.

The game resumed after a discussion with umpires near Boston’s dugout. The contest was later called after six innings because of heavy rain with the Yankees leading 3-1.

“This is just a game,” Cora said. “It’s a game. It’s not life and death and it’s not this drama, and the fact that people come to the ballpark and they decided to throw a baseball (at) one of the players, I was in shock that that happened.”

Verdugo said he threw the ball into the stands to a young Red Sox fan, but a Yankees fan intercepted it and threw it back onto the field and hit Verdugo.

The game began 52 minutes late due to a weather delay even though it wasn’t raining and the tarp was not placed on the field. There also were four delays for replay reviews and another stoppage when plate umpire Jeff Nelson took a 96 mph fastball from Yankees pitcher Gerrit Cole off his mask in the sixth.

As Nelson was getting checked, the rain significantly intensified. The game was delayed by rain for a second time moments after Cole took the mound for the seventh, and called following a 54-minute delay that included lightning and heavy showers.

Cole struck out 11 as the Yankees topped their longtime rivals for the first time in eight meetings this year. It was their first victory over Boston in nine tries since Sept. 19.