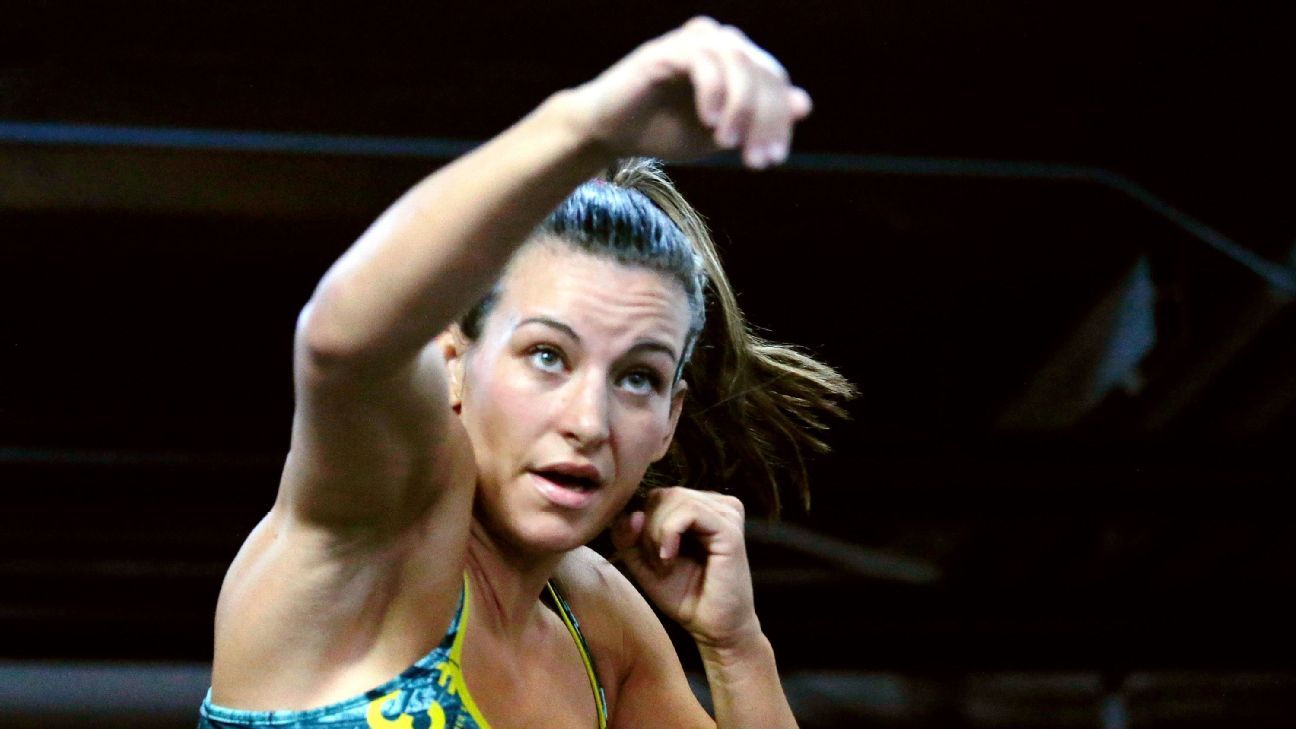 Miesha Tate‘s second fight during her comeback run with the UFC will have to wait.

Jones said Tate is “doing OK” and that the current plan is to reschedule the fight for a later date.

It’s unclear what bout will headline the UFC Fight Night, although former UFC women’s bantamweight champion Holly Holm — like Tate, one of the most popular female MMA fighters ever — is slated to face Norma Dumont in a featherweight contest on that card.

Tate (19-7) came out of retirement and returned to the Octagon after five years with an impressive, third-round TKO of Marion Reneau in July. Tate, a 35-year-old fighting out of Las Vegas, beat Holm to win the UFC women’s bantamweight title in March 2016 before dropping it four months later to Amanda Nunes, who remains the champion. Tate has said she wants to regain her title during this second go in the UFC.

Vieira (11-2) is ESPN’s No. 8-ranked women’s bantamweight fighter. The 30-year-old Brazilian has dropped two of three.