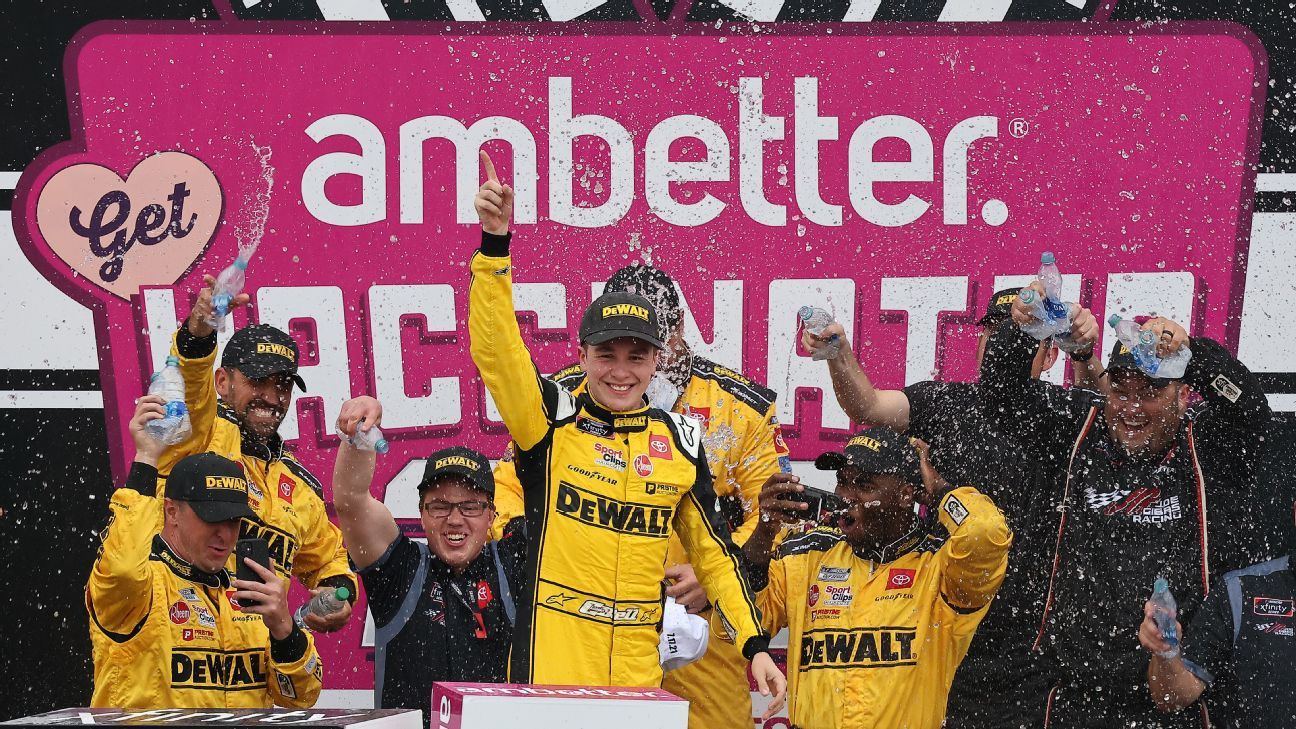 LOUDON, N.H. — Christopher Bell turned a spot start in the Xfinity Series into a trip to victory lane, winning in a romp Saturday at New Hampshire Motor Speedway.

Bell made his first start since 2019 in NASCAR’s second-tier series when he was needed as a late replacement driver. He won every stage in the No. 54 Toyota and captured his 17th career Xfinity race. He won seven races in 2018, nine in 2019 and was promoted to Cup last season.

Bell is 15th in the Cup Series this season driving for Joe Gibbs Racing. Bell won his first Cup race this season at the Daytona road course.

He certainly remembered how to take the checkered flag at New Hampshire, where he won in the Xfinity Series for the third time. In the Ambetter Get Vaccinated 200, Bell made the most of his shot.

The rest of the field wasn’t so thankful.

“This place has been fun,” Bell said.

Bell joked he didn’t see many fans wearing his merchandise and gave the checkered flag to a young fan wearing his T-shirt.

The top-fives capped a big week for Cindric and Burton — Cindric was named driver of the flagship No. 2 car for Team Penske in the Cup Series next season, and Burton will drive for Wood Brothers Racing next season in the 21 Ford.

Bell put the Cup filed on notice he could be a factor on Sunday. He won a trophy on Saturday. Win the Cup race Sunday, and Bell receives a live lobster in victory lane.

“I’m not crazy about touching the lobster,” Bell said. “My wife is excited about it. I will probably let her hold it.”