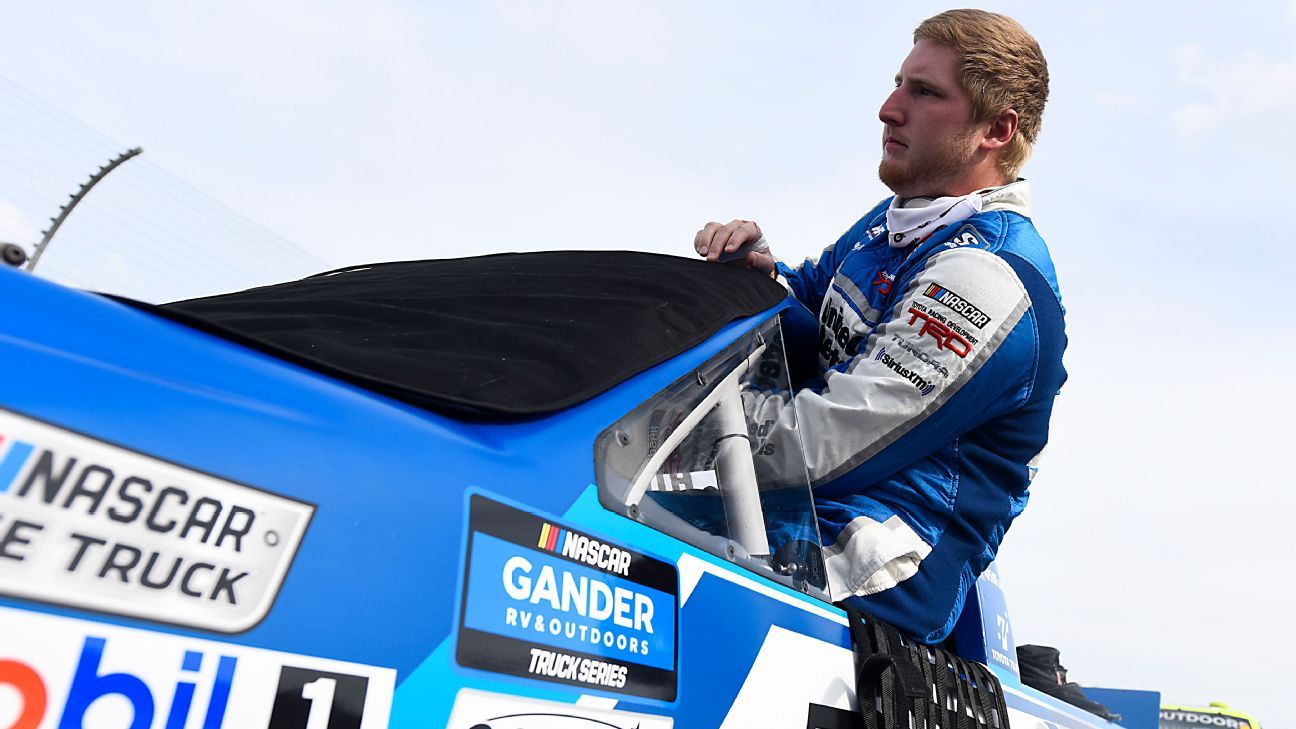 Hill held off John Hunter Nemechek on a restart with 15 laps left as thunderstorms neared, with Sheldon Creed, Todd Gilliland and Parker Kligerman in close pursuit. The race was red-flagged because of a lightning strike and with an Xfinity Series race on deck.

It was Hill’s second win of the season and eighth of his career. Nemechek was second, followed by Creed, Gilliland and Kligerman.

“Finally, we had a race where the truck does everything that we needed it to do,” Hill said. “I was really biting my nails a little bit when the rains came. It’s really special to get a win at Watkins Glen.”

It was the final event of the regular season for the Truck Series, and the 10-driver field was set for the playoffs. It is, in order of seeding, Nemechek, Hill, Ben Rhodes, Gilliland, Creed, Zane Smith, Matt Crafton, Carson Hocevar, Stewart Friesen and Chandler Smith.

Nemechek had already clinched the regular-season championship in his first season driving for Kyle Busch Motorsports. He has five victories among his nine top-five finishes and 12 top-10s and entered the race with 49 playoff points, more than double that of any other driver.

“It means a lot,” Nemechek said. “The team’s been working hard. I feel like, having those [points], we have a big cushion.”

The playoffs start Aug. 20 at Gateway in St. Louis.

Smith could have been knocked out of the playoffs, and trouble quickly struck when he spun in the first turn of the 72-lap race around the 2.45-mile Watkins Glen layout. He dropped to 31st and down a lap, got the lap back later, and finished 18th.

“I guess the guy behind me [Nemechek] didn’t stop and ran into the side of us and spun us out,” said Smith, who had to change tires and was assessed a pit road penalty. “Coming back through the pack, just a lot of adversity. Not the way you want to start the playoffs. We’ll take it.”

Johnny Sauter, the 2018 series champion, needed a win to secure a spot in the playoffs but never challenged. He finished 24th.

Road race ace AJ Allmendinger, a regular in the Xfinity Series, was tabbed to drive the No. 23 Chevrolet for GMS Racing after Chase Purdy tested positive for COVID-19. Purdy was experiencing mild symptoms but was forced to miss the race in keeping with NASCAR protocol and CDC guidelines.

It was Allmendinger’s first Truck Series start since 2008, and he responded with a strong showing after starting near the back of the 40-truck field. Allmendinger, whose lone Cup Series victory came at Watkins Glen in 2014, was up to third heading to the final stage but had an extended pit stop before the green flag flew to start the stage and had to go to the back of the field. He finished 28th.

It was the sixth Truck Series race at Watkins Glen International and first since Greg Biffle won in 2000.