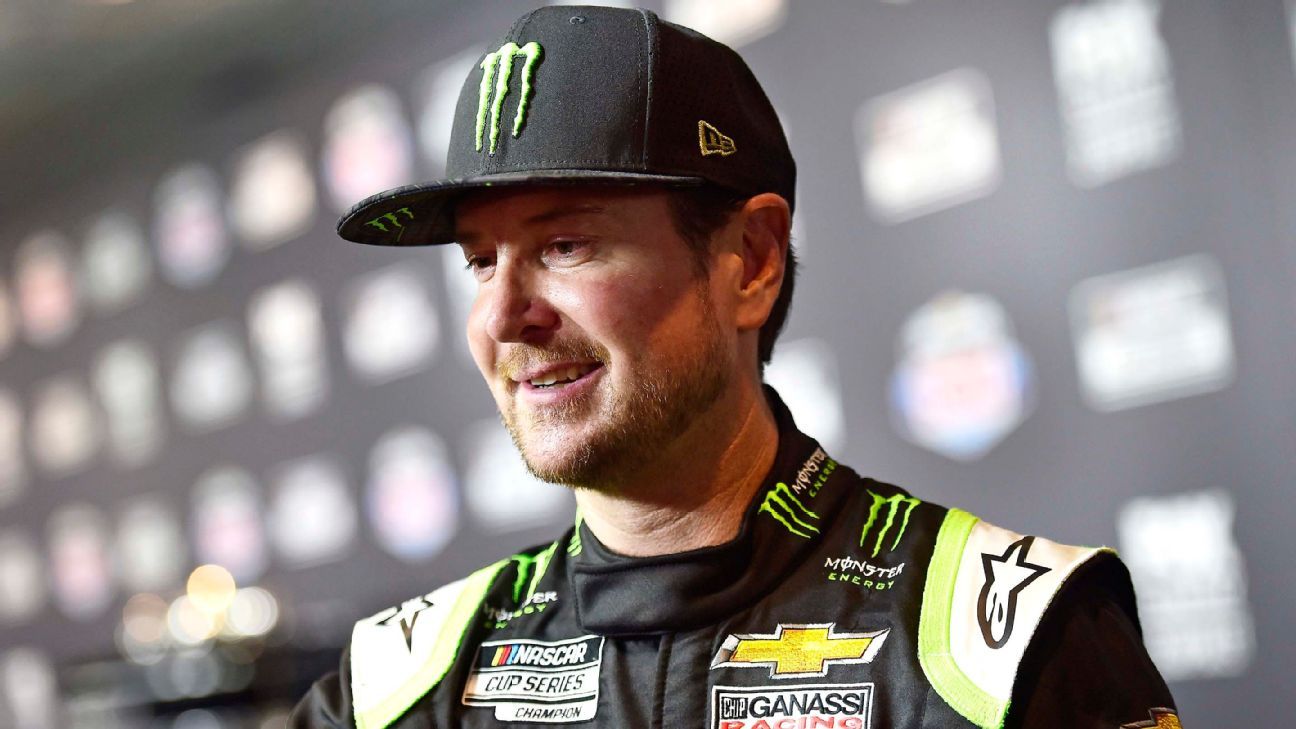 CHARLOTTE, N.C. — Kurt Busch will drive next season for 23XI Racing, the NASCAR team owned by Denny Hamlin and Michael Jordan, in a long-expected expansion move for the first-year organization.

Hamlin, the three-time Daytona 500 winner, partnered with Jordan this year to start a team centered around Bubba Wallace. It was an easy startup because Wallace brings millions of dollars in sponsorship for the seat.

The young team all year has said it would like to expand to two cars next year, a move made easier because Busch also has his own sponsorship. Monster Energy will move with Busch next year as the primary sponsor of the No. 45 Toyota.

Jordan wore No. 45 when he returned to the NBA in 1995 following his first retirement. Wallace drives the No. 23, which is most associated with Jordan’s career.

In NASCAR, the No. 45 has long been associated with the Petty family, and it was piloted by both Kyle Petty and his son, Adam, who was killed at age 19 in a 2000 crash.

“The No. 45 is a special number to myself and the entire Petty family,” Kyle Petty said in a statement. “We look forward to seeing that number back on the race track contending for race wins and championships. Seeing the number compete again, under the 23XI Racing banner, with Kurt behind the wheel, is exciting for us.

“While the number will always hold many memories of Adam, we know Kurt, Denny and the entire organization will represent it well.”

The hiring was announced Friday, the night before the regular-season finale at Daytona International Speedway. Both Hamlin and Busch are qualified for the 10-race playoffs, and Hamlin is racing for the regular-season title Saturday night.

“When we started this team, our vision was to grow to a multicar organization. To be able to expand in just our second year is a huge step for us,” said Hamlin. “Kurt brings a wealth of knowledge and a championship mindset to our team, and will be able to help us grow stronger and more competitive each and every week.”

Hamlin made no mention of a charter, which guarantees 36 cars into each week’s 40-car field. Team 23XI has a charter for Wallace’s car but had been working the market most of this year trying to find one for sale.

Hamlin and Busch both had scheduled media availability Saturday ahead of the regular-season finale.

Busch spent the past three years with Chip Ganassi Racing, for whom he drove the No. 1 Chevrolet to a Daytona 500 victory. The 2004 champion has 33 Cup victories and is extending his career to a 23rd season next year.

“I cannot begin to express my gratitude for this opportunity,” Busch said. “Racing to win is what I live for. Helping to continue developing a new team, alongside Michael Jordan, Denny Hamlin and Toyota, is exactly what I want to be part of. Winning is important to 23XI, it’s important to Monster Energy, and it’s important to me. That is our goal.”

Busch had been coy about his plans all season, starting with a cryptic short film released right before the Daytona 500 that hinted at retirement. He would never give a straight answer when asked about his plans, but it was widely believed Busch was looking to leave Ganassi with Monster to join 23XI.

Ganassi in July announced he was selling his two-car NASCAR team to Trackhouse Racing, and Trackhouse kept Ross Chastain for its second seat. That all but solidified Busch’s move to drive for Hamlin, a longtime teammate of Busch’s younger brother, Kyle, at Joe Gibbs Racing.

Busch’s move was announced in another glossy video in which he quipped: “And you thought I was leaving.”

The team said simply, “We got our guy.”