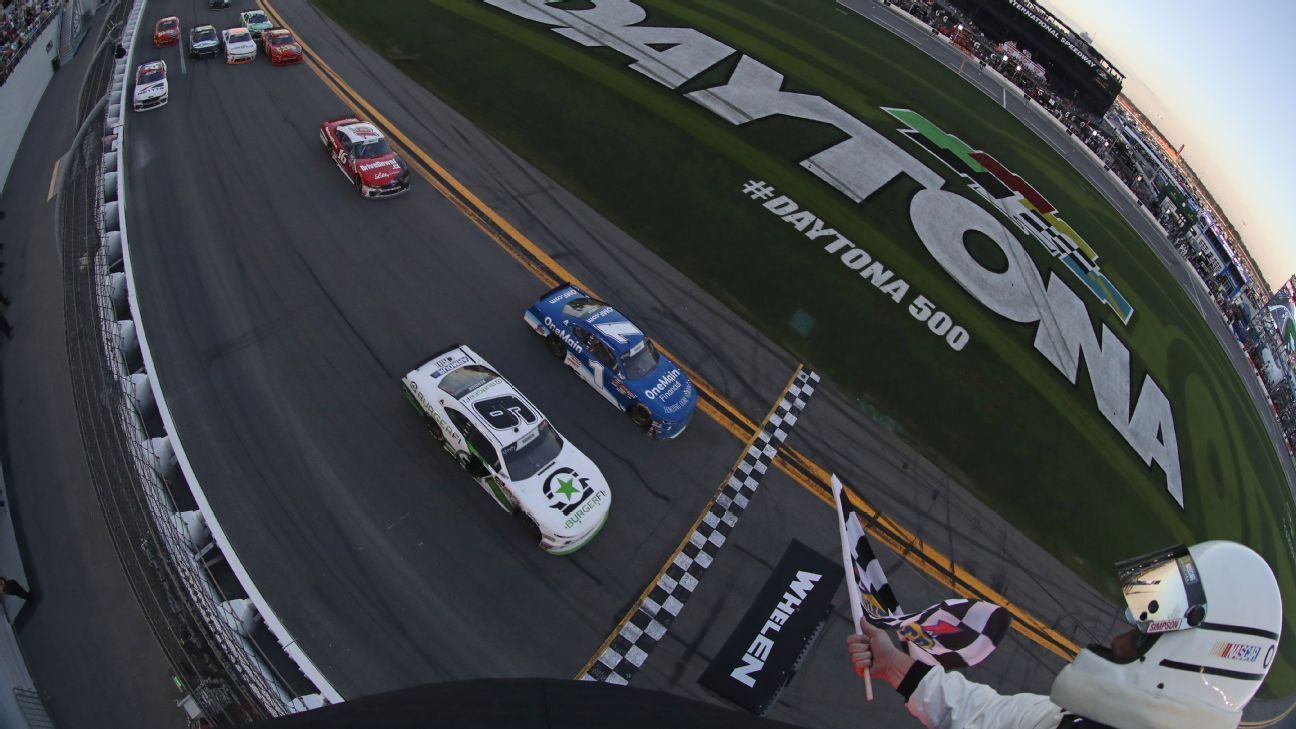 The 100-lap event will resume at 12:30 p.m. ET Saturday, about seven hours before the Cup Series regular-season finale. The forecast Saturday calls for scattered thunderstorms and a 40% chance of rain.

The sky opened after 19 laps, and the race was halted with AJ Allmendinger out front. Christopher Bell was running second, followed by Myatt Snider, series points leader Austin Cindric and Brett Moffitt.

Brandon Jones dropped out after getting a piece of debris stuck on his grill that caused his engine to overheat.