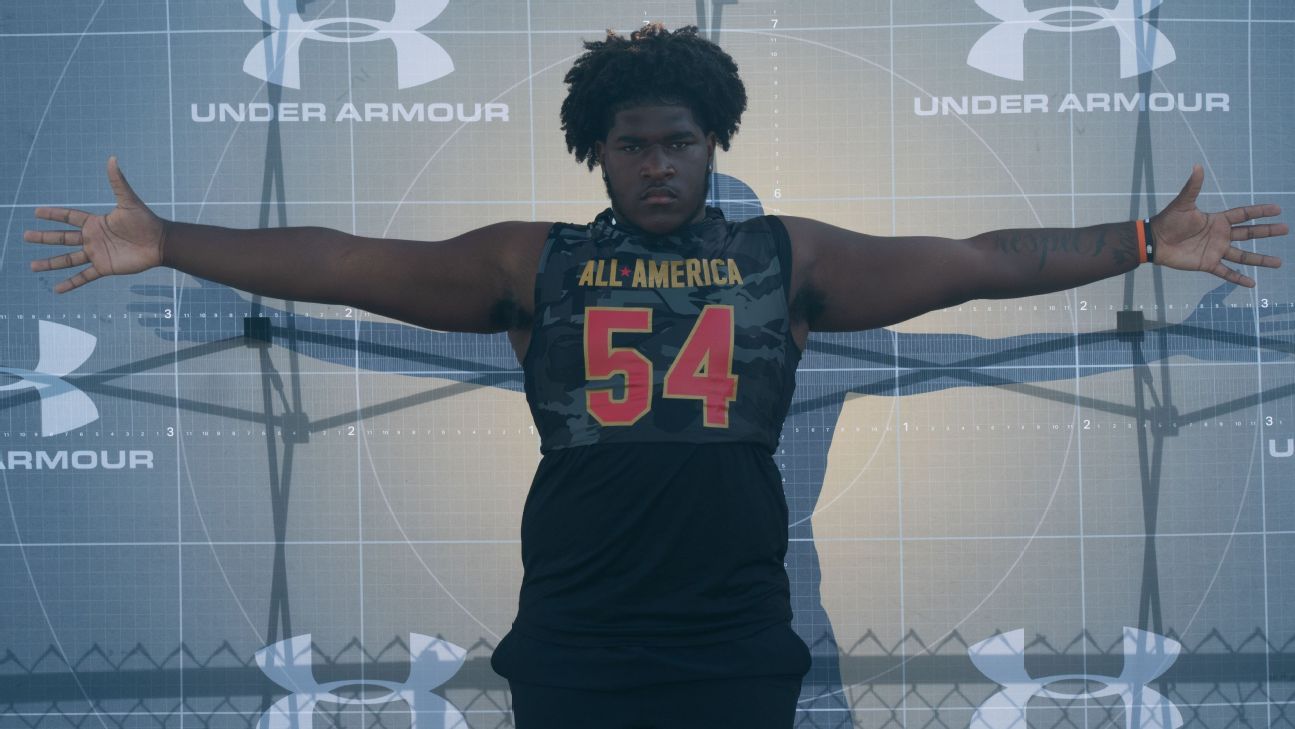 Alabama has once again tapped into the pipeline of five-star offensive linemen coming out of the IMG Academy in Florida, this time landing Tyler Booker, the top-ranked offensive tackle and No. 7-ranked prospect overall in the 2022 class.

Booker, who is originally from Connecticut, picked Alabama over SEC rival Georgia. He took official visits to both schools in June. He also visited Ohio State, Oregon and Florida.

“I didn’t expect to feel the way I did after I left,” Booker told ESPN. “The culture was more impactful than I anticipated, everyone is committed to being great.”

The defending national champions had the fifth-ranked recruiting class in the 2022 cycle prior to Booker’s commitment. At 6-foot-5 and nearly 330 pounds, he is the next top offensive lineman to come out of IMG Academy.

“I noticed how much [Latham’s] grown physically and from [a] maturity level since he’s been at Alabama,” said Booker, who said he has a brotherly like relationship with Latham — so much so that Latham was his host on his official visit.

Booker, also a five-star prospect, has excellent functional strength. Like Neal and Latham, he also has very good flexibility and body control, and can be a powerful, agile and well-rounded blocker. Equally as impressive are the leadership qualities he exhibits. He has consistently demonstrated a strong work ethic and is quick to step up and lead by example.

“There is this competitive environment where everyone is competing, not against each other, but competing with each other,” Booker said.

Booker is the 10th ESPN 300 prospect in Alabama’s 2022 class so far. He is its fourth commit that ranks among the top two at his position, joining second-ranked defensive end Jeremiah Alexander (No. 11 overall), top-ranked running back Emmanuel Henderson (No. 17 overall) and top-rated dual-threat quarterback Ty Simpson (No. 30 overall).