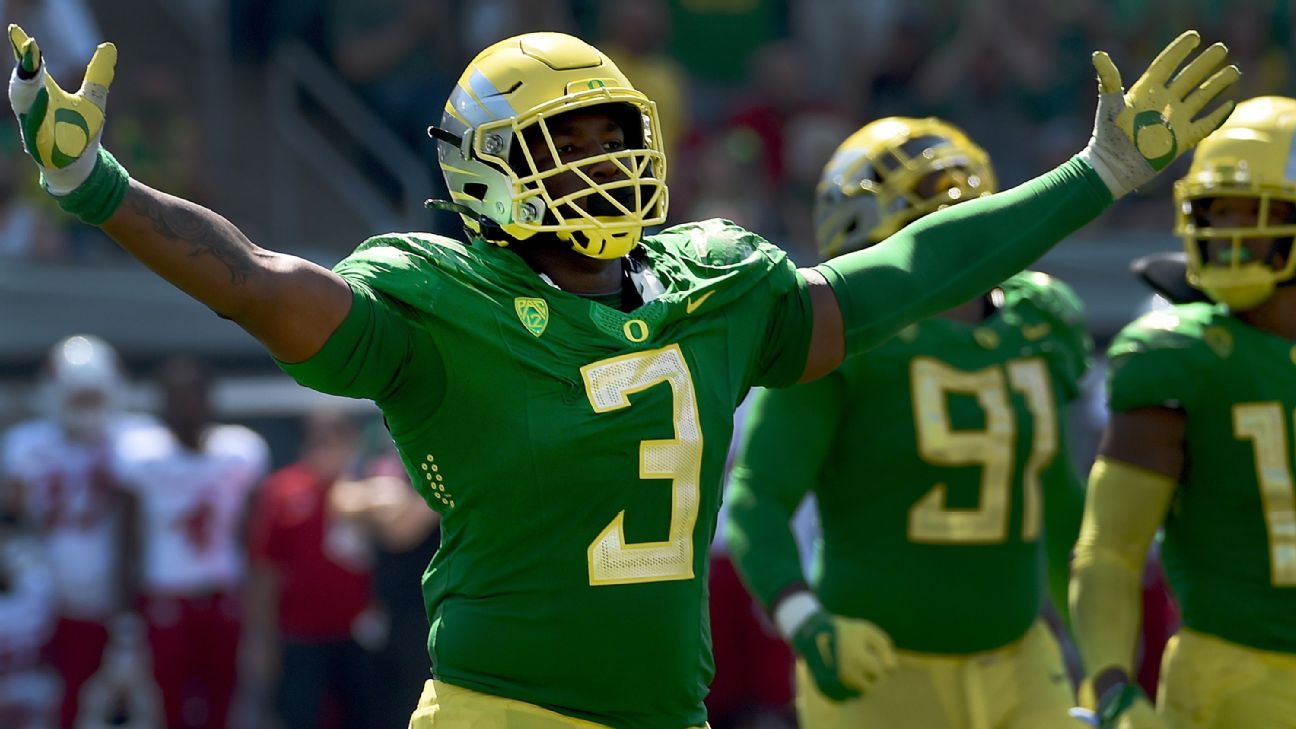 We have made it to Week 2 of the college football season, and if the first week showed us anything, it’s that there’s plenty in store for the rest of the season.

It’s one thing to have talent. It’s another to deploy it in a system perfectly structured to take advantage of said talent. LSU and Alabama certainly did that during their national title runs in 2019 and 2020, respectively, but Ohio State, with head coach Ryan Day and offensive coordinator Kevin Wilson, has mastered the art as well. And with about 17 blue-chip quarterbacks on the roster, all with the ability to throw strong passes from sideline to sideline, the Buckeyes will have one of the most perfect offensive structures known to man.

Despite allowing 31 points and 408 yards to Minnesota last week, and despite sending a first-time starting quarterback out to run the show, the Buckeyes’ talent and structure drove them to a two-touchdown win. Read more from Bill Connelly’s Week 1 preview (ESPN+)

Touchdown of the day

All right. Stay with us. Jordan Domineck first had a top-level stiff arm, then he used his teammate as a shield to get into the end zone. But what are teammates really for if not to help you in any possible way.

Georgia Tech’s Jordan Domineck deflects the pitch, picks it up, stiff-arms the QB and runs it back for a 78-yard touchdown.

Lots of tractors in college football this week for one reason or another, but hey, we’re here for it.

Only in Iowa would our guest picker ride in on this 😂 @aplusk pic.twitter.com/1IBspP0l6J

Ashton Kutcher was absolutely ready for this moment 😤 @aplusk pic.twitter.com/wIACbJ3J52

And Lee Corso’s pick is …

Lee Corso makes a pick in the first-ever top-10 matchup between Iowa and Iowa State.

We’ve got an early rivalry game for us in Week 2 of the season between Utah and BYU. And former Utah QB Tyler Huntley reminded us of some rather tame comments about BYU — well, as tame as it gets for a rivalry.

NIL deal of the week

With so many unique NIL deals as of late, it’s hard to pick and choose the best ones, but this one that Marquan McCall signed is actually amazing.

Central to UK’s success this season is our Offensive & Defensive Lines.
Central to you having the Best lawn this season is getting your equipment from Central Equipment on Red Mile Road! pic.twitter.com/OC2oJAiij2

Can always count on Oregon to have some cool threads, and what better game to have these uniforms for, than against Ohio State?

Now, these are real nice. If ASU says it’s OK to stare, then look at this shine (insert eyes emoji).

Xavier Henderson has some hops! He got way up there for this interception.

East Carolina calls for WR Tyler Snead to throw the ball on the first play and he finds Jsi Hatfield for a 75-yard touchdown.

And you know, we’ll take any and all cool touchdowns we can get.

Michigan State freezes the defense with a flea-flicker, then Payton Thorne heaves one to Jayden Reed for a 75-yard touchdown.

There’s the prep that you do on the field, and then that sort of mental prep that sometimes needs some spicing up.

And in case you wanted to know, Katy Perry is still rocking with Ole Miss. Read more about her College GameDay appearance here.