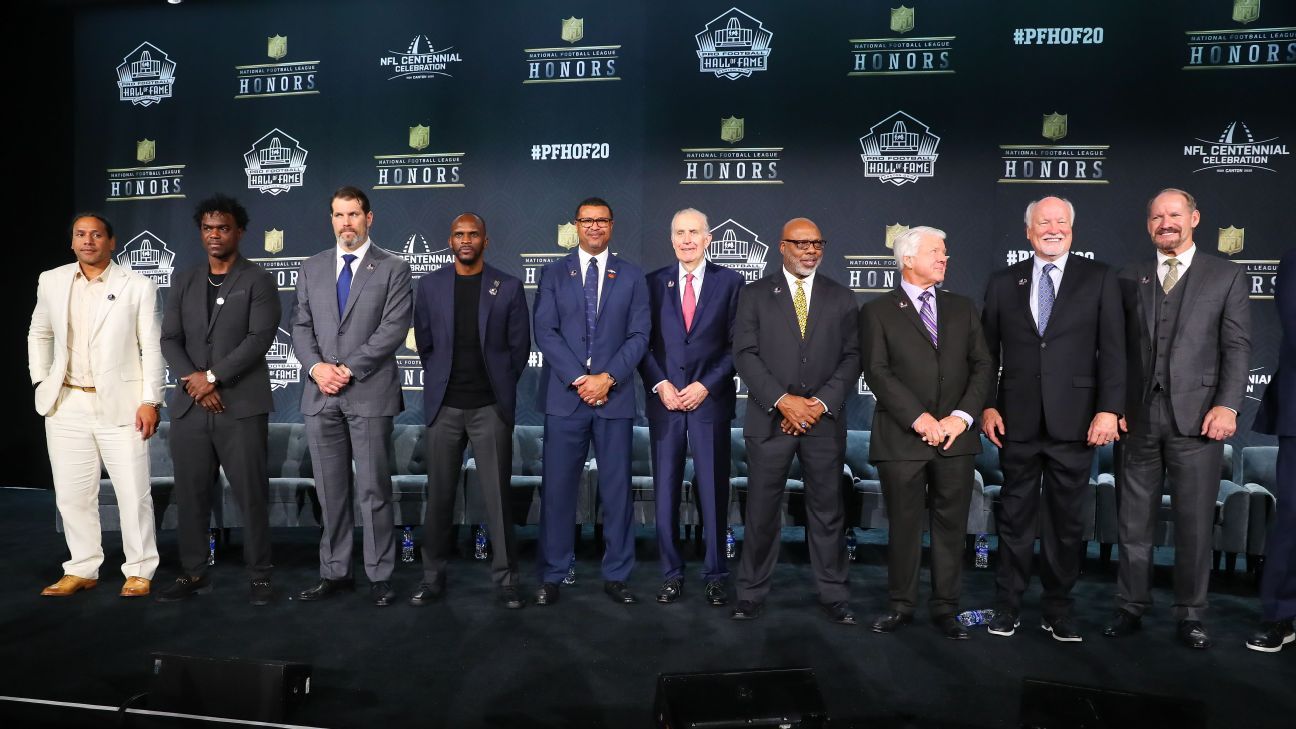 CANTON, Ohio — After some waited decades to get the call from the Pro Football Hall of Fame, they waited an additional twelve months for the ceremony because of the COVID-19 pandemic. The Class of 2020 and the Centennial class both got their moment Saturday night.

Twelve inductees are scheduled to participate in the ceremony in person. Polamalu has been at home since late last month and his status for the enshrinement ceremony had been in doubt after testing positive for COVID-19. But he was cleared medically to travel to Canton and he took part in the Hall of Fame parade in the morning and was to be the 10th speaker to the podium Saturday night.

Polamalu, who didn’t get his gold jacket with the rest of the class on Friday, was officially awarded a gold jacket to open the ceremony.

Because of the size of the class and the trend of some of the enshrinees’ speeches topping 20 or 30 minutes in recent years, the Hall of Fame has told each of them that their remarks were not to exceed six minutes and that an Academy Awards-style musical cue would be used at eight minutes.