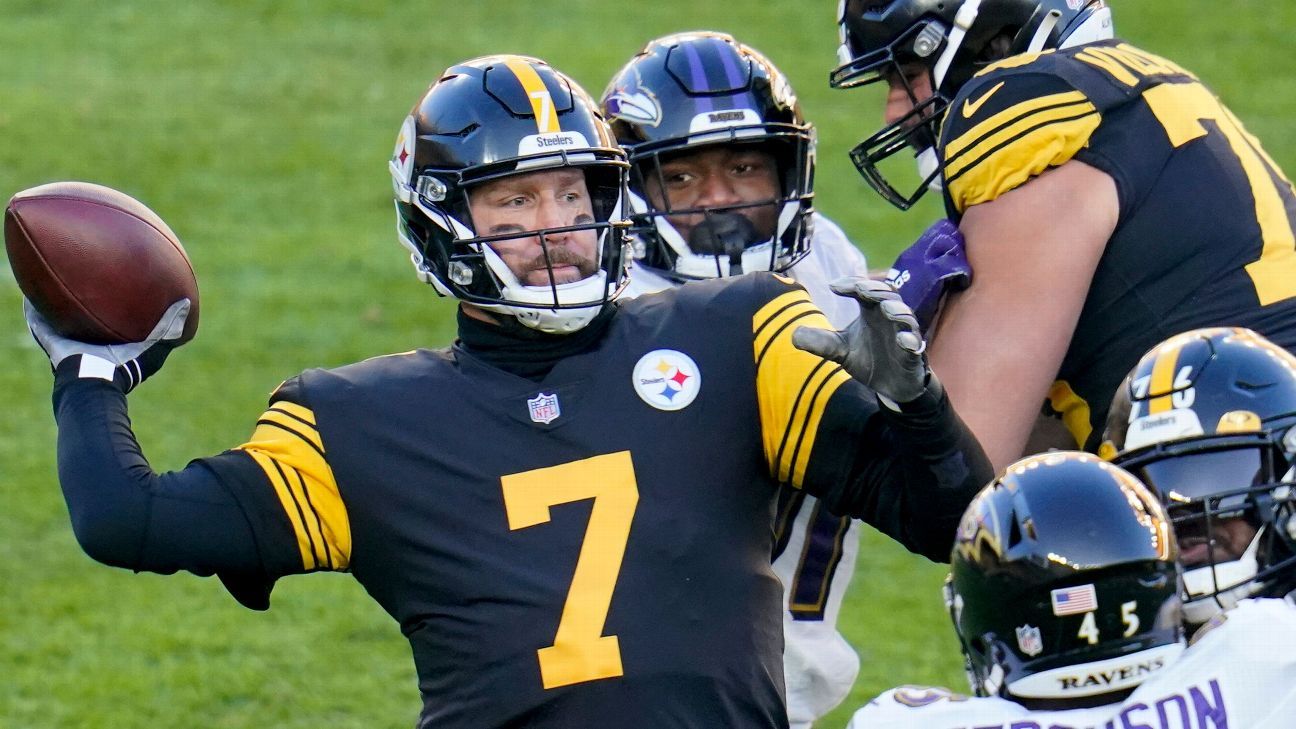 At 39 years old, does Ben Roethlisberger have another deep playoff run in him?

Maybe. If Roethlisberger makes another deep playoff run, it will be because of his supporting cast and avoiding a major injury. The Steelers have given him plenty of offensive weapons, returning the entire starting wide receiver corps and upgrading the running back position with first-round pick Najee Harris. The Steelers were one-dimensional and often too predictable last season, and the combination of Harris and new offensive coordinator Matt Canada should solve some of those problems that contributed to the late-season slide a year ago. But even with strong skill players around him, Roethlisberger has a young and relatively unproven offensive line and he’s going to be playing a 17-game regular season.

His health is the key to this season, and it’s something that held him back a year ago — even though he was hesitant to admit it. During OTAs, Roethlisberger conceded the total reconstruction of his elbow affected his performance throwing the ball downfield in 2020. Roethlisberger will be another year removed from the elbow surgery, and that should help him get the ball down the field more consistently.

Did the Steelers do enough in the draft and free agency to revitalize the run game?

The directive from owner Art Rooney II passed down to the rest of the coaching and scouting staff was clear: The Steelers have to be able to run the ball when they have to run it. They checked off the first part of that assignment when they picked up the best running back in the draft, Harris, with their first-round selection. Harris makes things happen when conventional wisdom — and physics — say they shouldn’t. He can hurdle defenders, slip through holes and make the best defenders look ineffective. But there’s only so much he can do if the Steelers’ offensive line doesn’t take a step forward in 2021. The unit returns just one starter from 2020 in Chukwuma Okorafor, but even he’s slated to move from right tackle to left.

They waited until the second day of the draft to select an offensive lineman, adding center Kendrick Green in the third. They also drafted OT Dan Moore Jr. in the fourth round. The Steelers signed Pro Bowl right guard Trai Turner in the aftermath of David DeCastro‘s release, but overall it’s a young, inexperienced group. The line needs to gel — and fast — to not only protect Roethlisberger, but also to give Harris and the ground game the best chance to succeed. The jury is still out on the run game until the entire unit can practice together in Canada’s new scheme.

How will the Steelers replace the big-name departures, like Bud Dupree and Steven Nelson, on defense?

The Steelers found at least one of those answers just days before the start of training camp, signing former Pro Bowl edge rusher Melvin Ingram to a one-year deal. He should be expected to compete with Alex Highsmith for the starting job opposite of T.J. Watt, and there’s also the option to use him as a part of a three-man rotation at outside linebacker. His signing goes a long way to solve the depth problem presented by Dupree’s departure, giving the Steelers more flexibility at a position that also includes journeyman Cassius Marsh and sixth-round pick Quincy Roche.

Meanwhile, in a futuristic world, the Steelers would solve their secondary questions by cloning Cam Sutton to cover both Mike Hilton‘s vacated spot in the slot and Nelson’s on the boundary. However, this is 2021 and nobody’s cloning players. It seems Sutton has the inside track to Hilton’s job with the emergence of James Pierre on the outside. But second-year defensive back Antoine Brooks Jr. performed well enough in offseason workouts to earn a look at nickel. If Brooks earns that job, then Sutton can bounce to the outside full-time. Unlike the outside linebacker spot, the secondary has more bodies and possibilities to fill the open jobs, but training camp and the preseason will be a rigorous audition for the candidates.