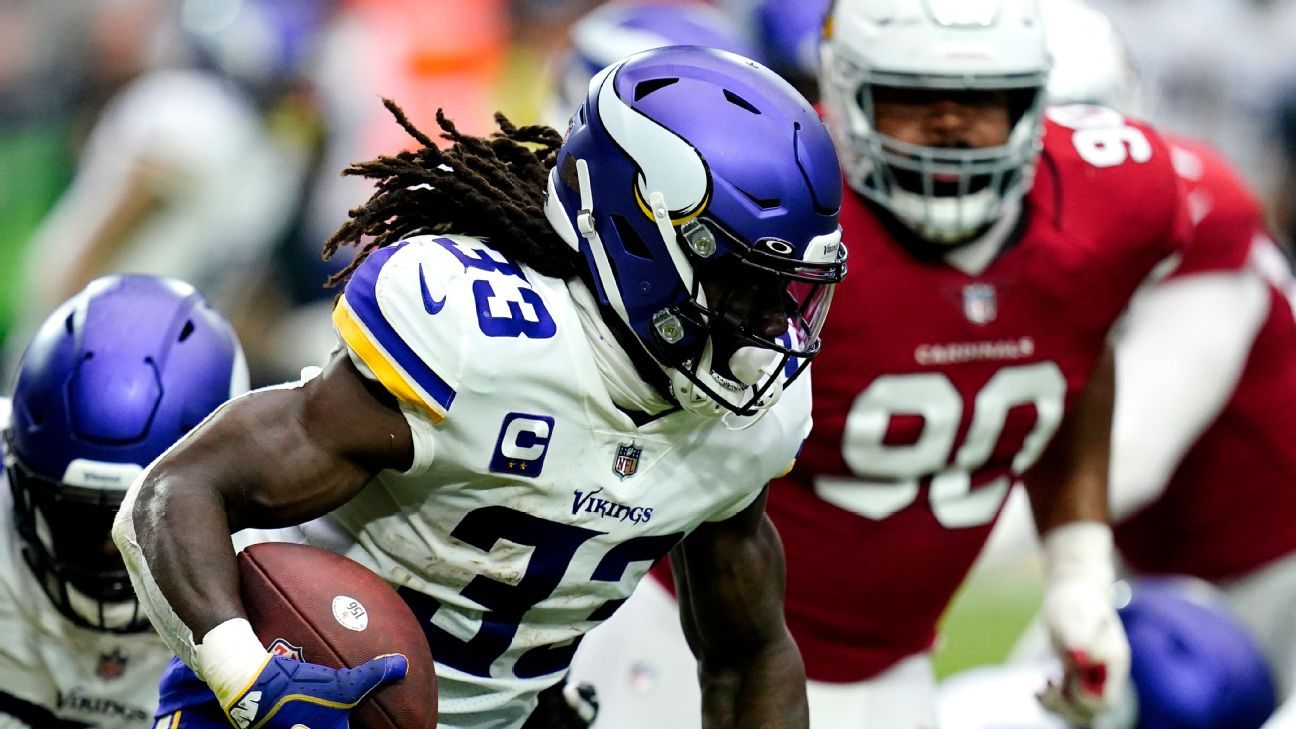 EAGAN, Minn. — Dalvin Cook racked up 148 all-purpose yards and a right ankle injury that was classified as a “little sprain” by Vikings coach Mike Zimmer late in Minnesota’s 34-33 loss to the Arizona Cardinals.

Yet despite Cook’s injury, the Vikings still plan to use him as they normally would when they host the Seattle Seahawks on Sunday in their first game at U.S. Bank Stadium in 636 days.

“You know, at this stage, it’s time to get some wins,” Zimmer said. “Dalvin’s a tough guy. If he can’t play, there’s a reason why he’s not playing. But he makes us go, so we’re going to continue to play him.”

Cook was injured with 9:52 remaining in the fourth quarter of Sunday’s loss when he was tackled low by Cardinals defensive end J.J. Watt. The running back sported an Ace bandage on his right ankle during media availability Wednesday, and did not participate in practice.

“It was one of them games,” Cook said. “Physical game, knew what we were getting ourselves into.

“I know I play running back, I’m going to get banged up. But the recovery is key. I’m in the training room a lot with the conditioning coach, just getting to it, trying to get my body back up.”

Cook was momentarily replaced by backup running back Alexander Mattison but came back in for the Vikings’ final two series. His fourth-quarter injury was the second he sustained in Week 2, having been face down on the grass at State Farm Stadium for several minutes in the second quarter with a stinger, the first he said he has dealt with.

Cook ranks fourth in rushing (192 yards), carries (42) and touches (25) among all running backs through two weeks and scored his first touchdown at Cincinnati in Week 1. The Pro Bowler is coming off a season when he reached a career-high 356 touches in 14 games played.

Minnesota is off to an 0-2 start for a second straight season with back-to-back losses on the road at Cincinnati and Arizona. The Vikings begin a stretch of three straight home games this weekend with Seattle, Cleveland and Detroit coming to town Weeks 3-5.

“We go back and look at the two games that we lost and compare them to last year, if you want to do that, because it’s different,” Cook said. “You see the grit in the team, and you see it’s different. It’s different when you put them hand to hand. We didn’t get the start we wanted to, but I think things happen for a reason. That’s how I always look at, look at life. Things happen for a reason. We’re home for three straight games. We could go on a tear for three straight weeks.