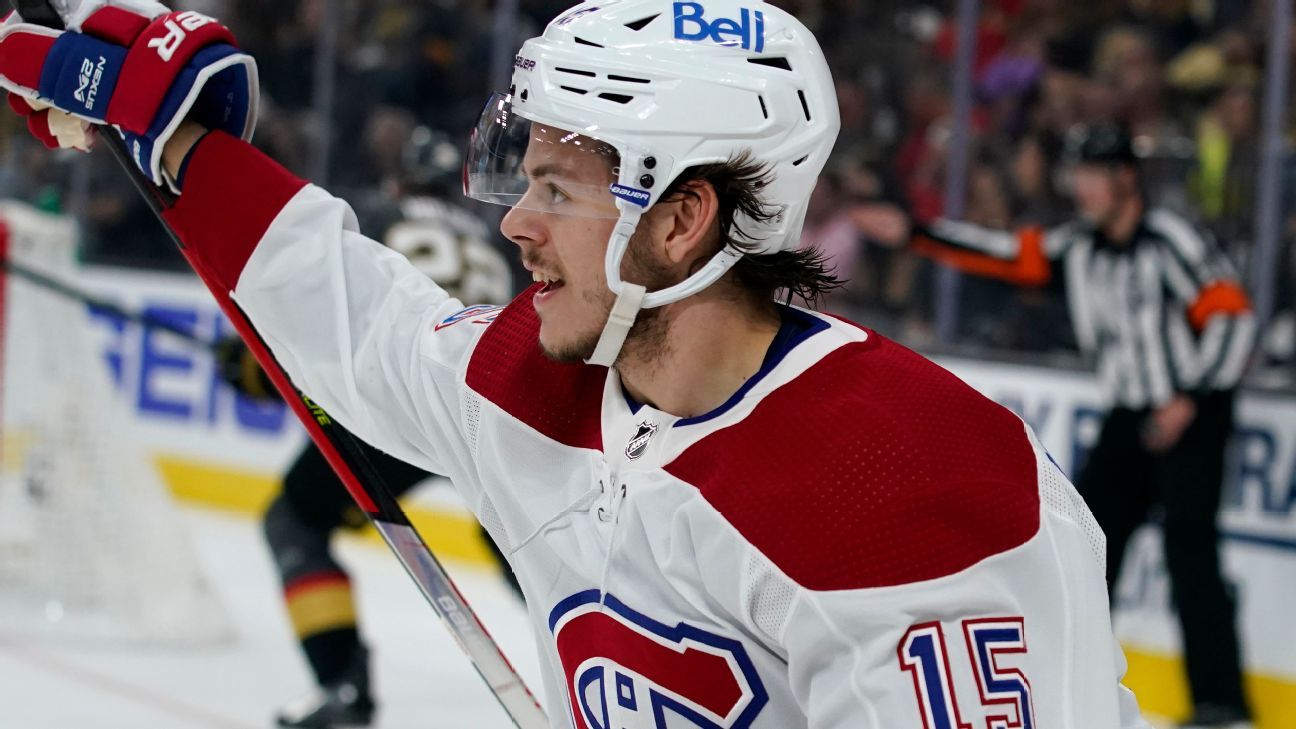 Carolina tendered an offer sheet to restricted free agent Jesperi Kotkaniemi on Saturday as an ongoing storyline between the Hurricanes and Montreal Canadiens continued.

Two years after Carolina star forward Sebastian Aho received a five-year, $42 million tender as a restricted free agent from the Canadiens, a deal that the Hurricanes matched, Montreal had the tables turned.

Kotkaniemi, a sharp shooter who at times was left out of the lineup as Montreal raced to the Stanley Cup Finals last season, agreed to a one-year contract with Carolina that will pay him $6.1 million. The Hurricanes noted in their news release that they also gave Kotkaniemi a measly $20 signing bonus, further adding to the banter across the league on social media.

In fact, the Hurricanes, in posting the news release on Twitter, added “LOL” to the top of the message, then sent another one further highlighting the $20 total.

The contract price, however, is no joke, as a 21-year-old who finished with just 20 points last season does not often command that high a paycheck in the NHL. But the decision now lies with the Canadiens, who will have seven days to match the offer or receive a 2022 first-round pick and a third-round choice as compensation.

“Jesperi Kotkaniemi accepted our offer. He wants to come to Carolina,” Hurricanes general manager Don Waddell said. “He sees the core we’ve built here and he wants to be a part of that. We’re proud, but there’s still a waiting period. When you make an offer like that, we saw a vulnerable position. The offer, with the compensation and the core we have, we realized that it was the best chance we had to get the player.”

The Hurricanes, who lost in the second round last season to the Tampa Bay Lightning, the same team that Montreal eventually lost to, has salary cap space this offseason because of a few departures off last year’s roster, most notably star defenseman Dougie Hamilton, who signed with the New Jersey Devils.

But the core — especially on offense — that led the Hurricanes to a division title last season largely remains, including Aho, 24, who led the team with 57 points. Carolina also last week gave a new deal to forward Andrei Svechnikov, 21, securing him for eight years and $62 million.

Kotkaniemi, a Pori, Finland, native who was the No. 3 overall pick in 2018, could mesh well in that youthful offensive mix. In 19 postseason games for the Canadiens, he finished with five goals and eight points.

Montreal has room under the salary cap to maneuver prior to training camp, especially with injured captain Shea Webber out for the season and placed on the NHL’s Long-Term Injured Reserve list. Even still, the $6.1 million figure would send them over the cap, forcing a move or two to keep Kotkaniemi with the Canadiens at least one more season.

Regardless of where he ends up, expect the Kotkaniemi storyline to continue into the first month of season at least, as the Canadiens and Hurricanes will meet in Montreal on Oct. 21.