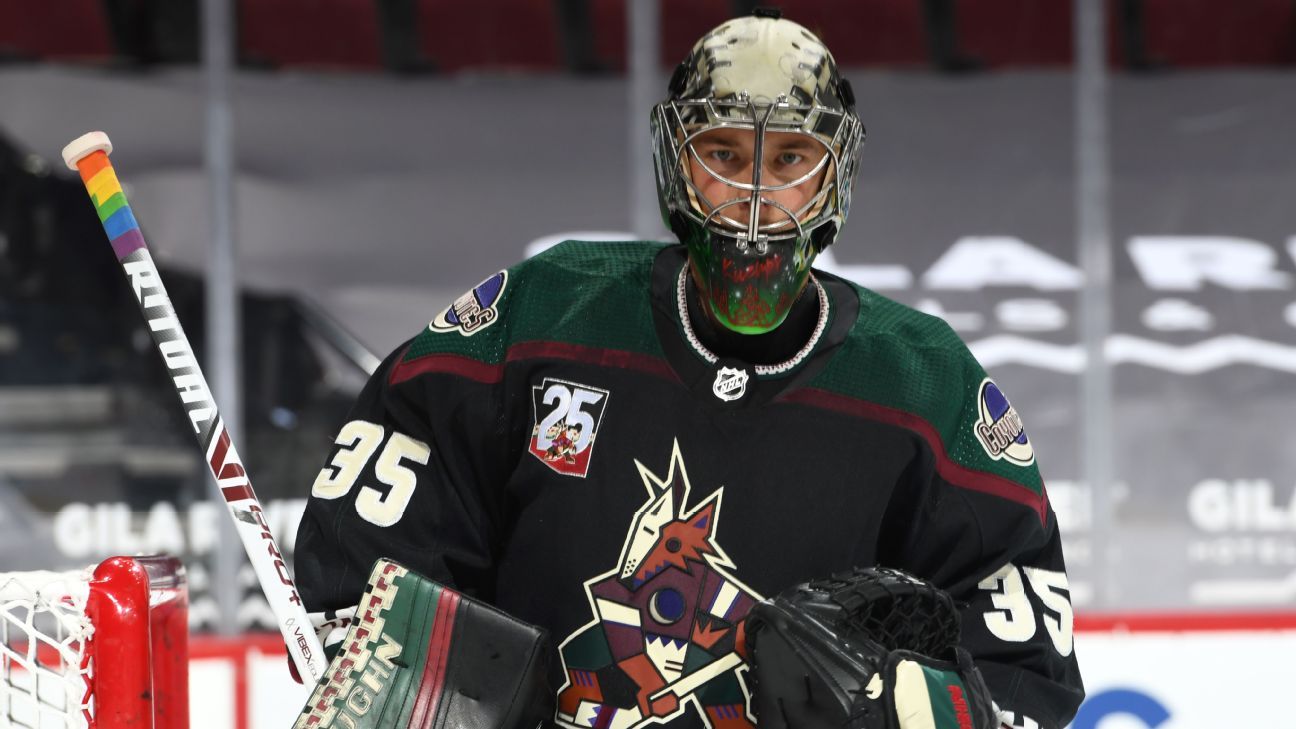 As day turned to night on the first day of 2021 NHL free agency, it appeared that the Colorado Avalanche had missed out on all of their targets in the goalie market.

Who comes out ahead in this deal? Let’s dive into the details and grade each team:

Joe Sakic is generally considered one of the NHL’s best and most competent general managers, running an analytics-driven front office in Colorado. While the Avalanche haven’t captured the Stanley Cup yet on his watch, Sakic’s hit-to-miss ratio in player personnel moves has rivaled that of Quentin Tarantino in film.

Which makes losing Philipp Grubauer his “The Hateful Eight,” one imagines. Sakic overplayed his hand and then watched as the NHL’s goalie carousel spun out of control.

Grubauer signed a six-year, $35.4 million free agent deal with the Seattle Kraken. “They had their time and they had their opportunity but in the end we couldn’t get it done in time,” he said of his talks with the Avalanche. Suddenly, the Avalanche were without their Vezina Trophy finalist goaltender, and running out of viable replacements on the free-agent and trade markets.

Except for one. “We were the last man standing, with one of the most talented goaltenders out there,” said Coyotes GM Bill Armstrong. And he leveraged that against Sakic.

In a sense, the Avalanche gave up assets they could afford to lose. Their pick will most likely be low in the first round next summer. No one’s sure what Timmins turns out to be, but Colorado has a stacked blue line. The third-rounder disappears if the Avalanche don’t win the Cup; and if they do, Kuemper has to have played 50% of the postseason games.

But now those are assets that are off the table for a future need, say at the trade deadline. All because their starting goalie walked away in free agency.

The good news is that Kuemper could be a more than capable replacement. While his numbers weren’t great last season (10-11-3 record with a .907 save percentage), he had 44.1 goals saved above average over the last three seasons, 12th among all goaltenders and right ahead of Grubauer (42.5). He actually has the same career postseason save percentage as Grubauer (.913) — maybe that 49-save game he had in the Coyotes’ bubble series loss to the Avalanche made an impression.

So the grade remains good because Kuemper can be good, when he’s healthy. At $3.5 million against the cap in the final year of his contract, there’s not a huge commitment here, outside of what it cost to acquire him. Which, sadly, became a necessity.

Add more picks to the pile, Bill Armstrong. The Arizona general manager has simply done a remarkable job leveraging his team’s few assets and cap space to amass a ridiculous collection of draft assets. The Avalanche first-rounder gives him two picks in the first in 2022 — and keep in mind that if disaster strikes, the Colorado pick isn’t lottery-protected — and five picks in the second round next season. That’s remarkable.

Kuemper was a sought-after goaltender during the frenzy. One assumes the other offers for a pending UFA weren’t going as far as an unprotected first-rounder and a young rostered defenseman like Timmins. Armstrong got both in this trade, as the goalie carousel spun in his favor.

“We just held off and held our ground in negotiations. As more goaltenders signed, it began apparent that he was the big chip that other teams that wanted to win the Cup wanted,” said Armstrong.

The Coyotes right now have Sabres castoff Carter Hutton as their starting goaltender. Maybe they add another. Maybe they play with an empty net. It doesn’t matter; this team has been stripped down to the copper pipes, and you have to give Armstrong credit for the ferocity of their tank, er, “retooling.”