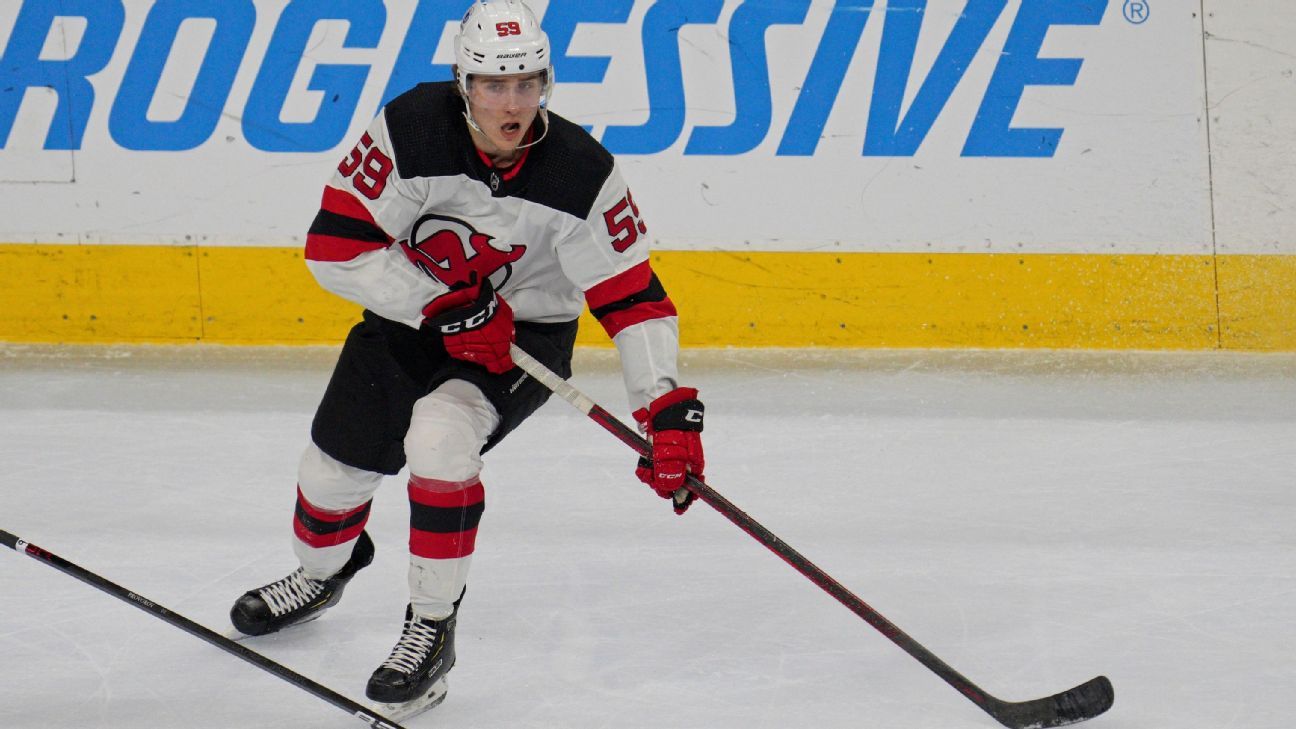 General manager Tom Fitzgerald said the 23-year-old restricted free agent will earn $1.6 million this season and more than $2 million in 2022-23.

The left-handed shooting forward has played in 62 career NHL games. He was Carolina’s second-round selection in the 2016 draft. He was acquired by the Devils along with Fredrik Claesson and Carolina’s conditional fourth-round pick in the 2020 NHL draft for defenseman Sami Vatanen in February 2020.