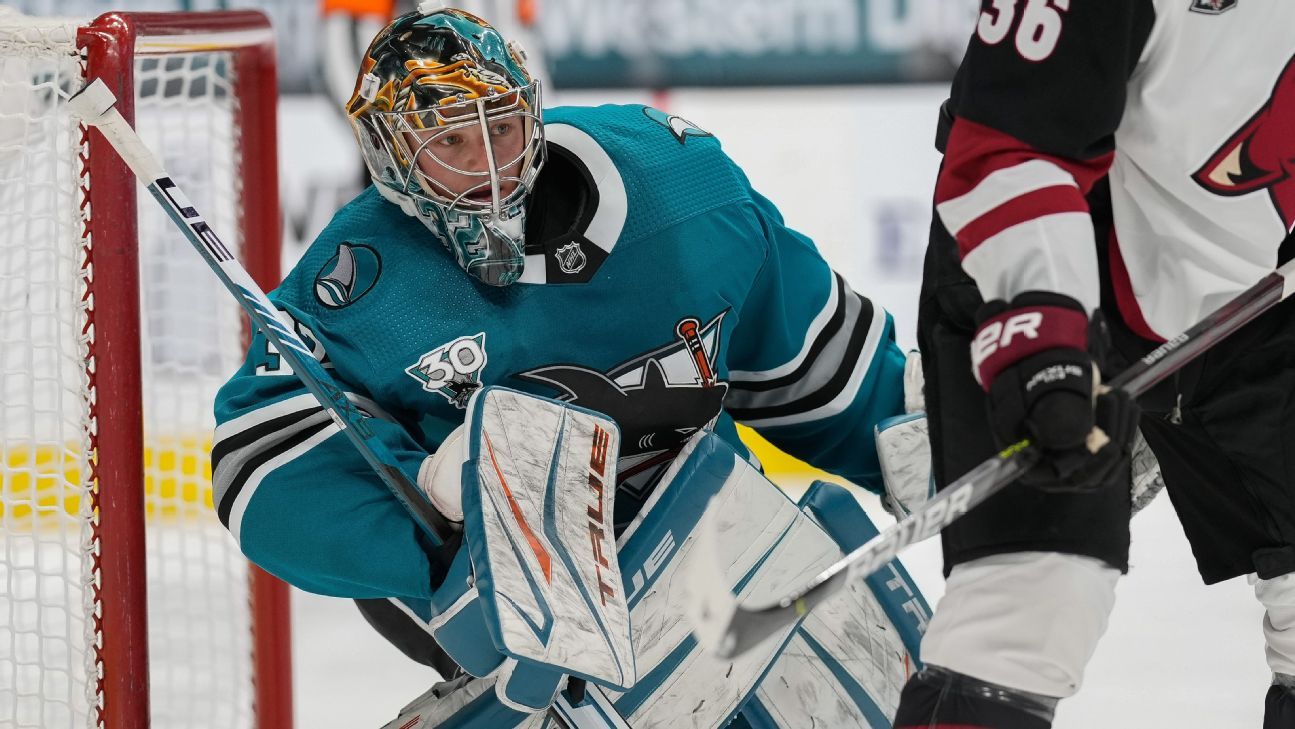 San Jose, which has missed the playoffs the past two seasons, announced the deal on Tuesday.

Korenar, 23, played in 10 games for the Sharks last season, coming in as a reserve on April 10 for his NHL debut against the Kings.

“Josef took a big step in his development last season, showing his athleticism and awareness in net while appearing in the NHL for the first time,” general manager Doug Wilson said in a statement.

San Jose struggled to get consistent goalie play, finishing in the bottom three in save percentage for a third straight season. Martin Jones had a save percentage of .896 as he has been unable to get back to the level of play he reached during his first three seasons in San Jose. He was pulled early eight times in 34 starts.

Wilson has made improved goalie play a priority for the offseason.