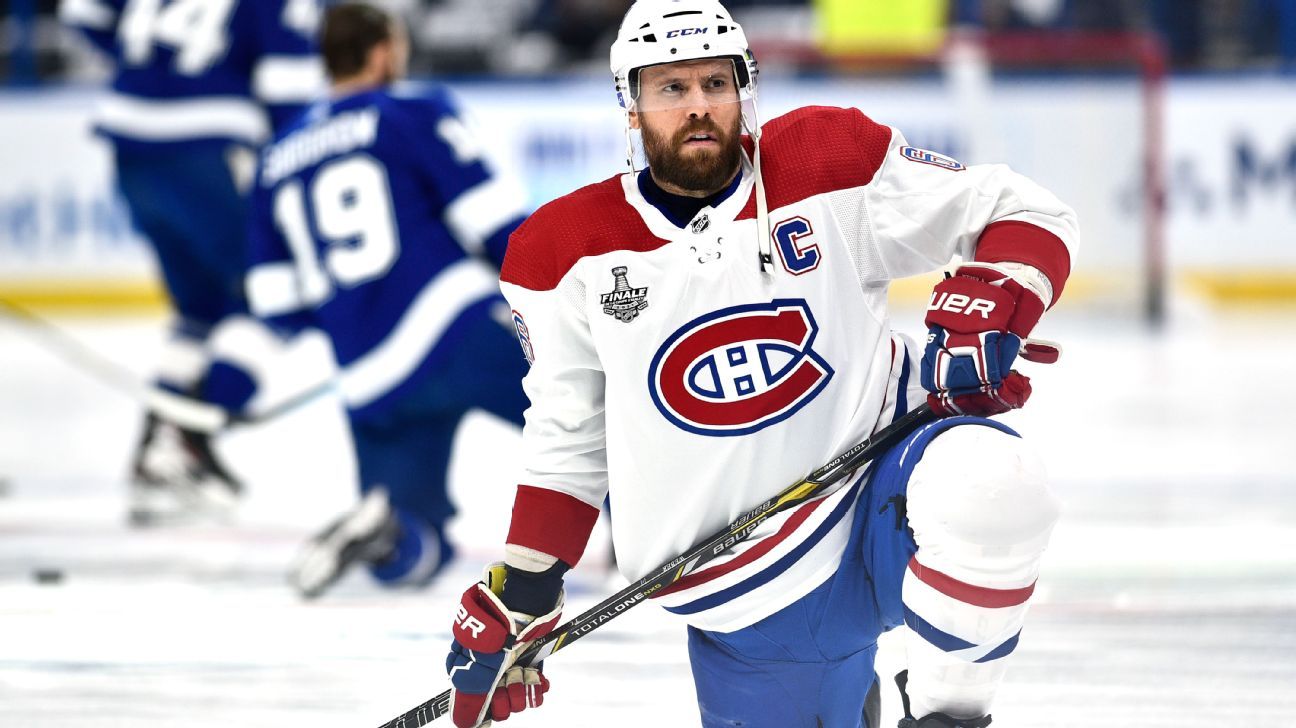 Montreal Canadiens defenseman Shea Weber could miss next season and his NHL future is in doubt because of multiple injuries, a source confirmed to ESPN on Wednesday.

According to multiple reports, Weber has been battling lingering foot, ankle, knee and thumb injuries. TVA Sports reported that the Canadiens will expose Weber in the upcoming Seattle Kraken expansion draft, as he could miss all of next season and potentially more than that.

The NHL and NHLPA are both looking into Weber’s injury status and what it could mean for the remaining years on his contract. The 35-year-old captain has five more years on the 14-year contract he signed in 2012, carrying a salary cap hit of $7,857,143 annually.

In 2018, Weber had surgery on his left foot and for a meniscal tear in his right knee. He missed 80 games between 2017-19. He was limited to 48 games because of injury this season, missing the final eight games of the regular season with an injury to his left hand. His average time on ice was 22 minutes and 42 seconds per game — his lowest average since 2007-08. Yet Weber appeared in all 22 games for Montreal in their run to the Stanley Cup Final.

A three-time Norris Trophy finalist, Weber just completed his 16th NHL season. He has 589 points in 1,038 career games with Montreal and the Nashville Predators.

Weber’s status has short-term and long-term implications for both Montreal and Nashville.

Montreal can place Weber on long-term injured reserve for the season, which would open up his cap space for them to use accordingly next season.

If Weber is exposed in the expansion draft next week, that means the Canadiens would be able to protect both defensemen Ben Chiarot and Joel Edmundson along with Jeff Petry, who has a no-movement clause and must be protected.

But if Weber retires instead of going on long-term injured reserve, it will have a salary cap impact on both teams because of the NHL’s “cap recapture” penalties. That rule punishes teams for “back-diving” contracts that end with miniscule salary seasons. After making $6 million in salary for 2021-22, Weber’s salary drops to $3 million in 2022-23 and then is only $1 million for the last three seasons of his contract.

According to the website PuckPedia, the Predators would carry around a $4.9 million cap penalty for five seasons, as they’re the ones who originally gave Weber that contract, matching an offer sheet he signed with the Philadelphia Flyers in 2012 as a restricted free agent.

Montreal would have $543,000 of cap penalty for five seasons.