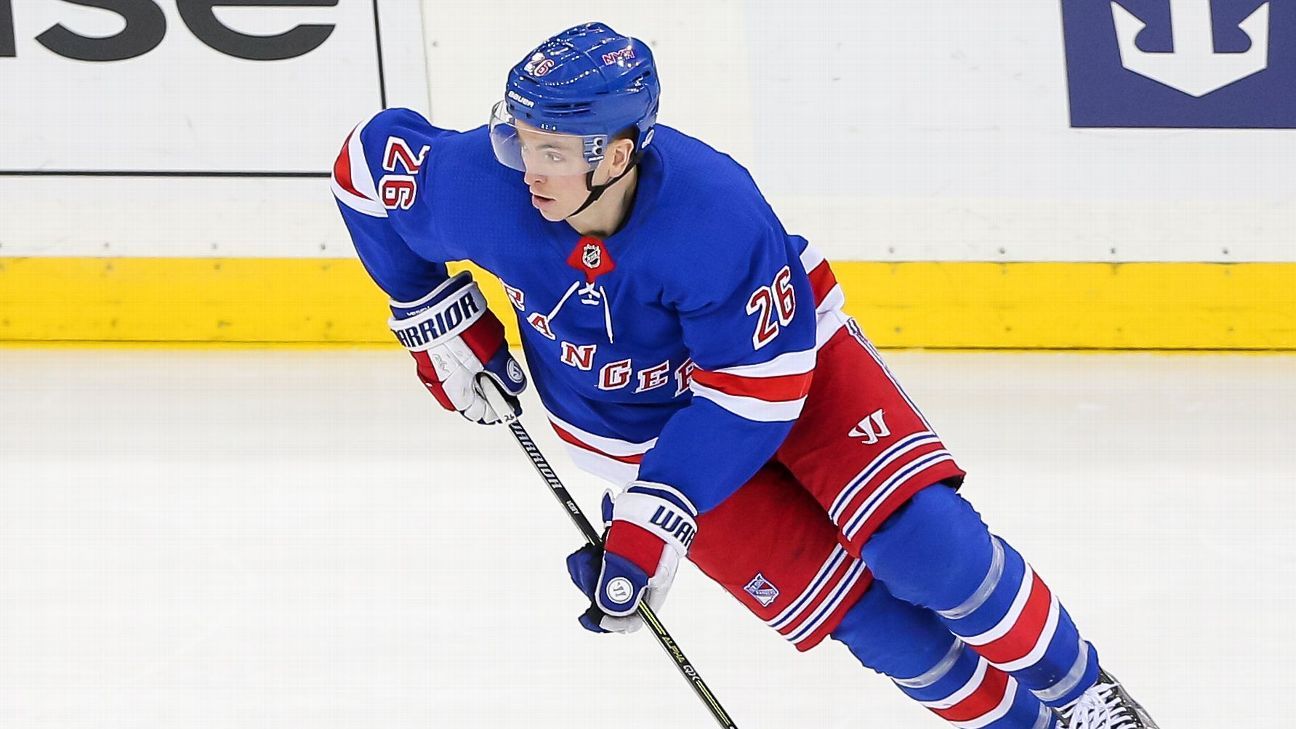 The Devils also announced Tuesday the signings of center Mark Jankowski and defenseman Tyler Wotherspoon. They will join the team when all players report to the NHL camp on Sept. 22 at Prudential Center.

Vesey skated in 50 games last season with Toronto and Vancouver, collecting five goals and five assists. Since his debut with the Rangers in the 2016-17 season, the 28-year-old has 64 goals and 56 assists in 354 career regular-season games. The Boston native has also played for Buffalo.

Jankowski played last season with the Pittsburgh Penguins, appearing in 45 games, notching four goals and seven assists. He was drafted by the Calgary Flames, 21st overall, in the 2012 NHL draft. The 27-year-old played three seasons with Calgary prior to going to Pittsburgh and has 40 goals and 35 assists in 235 regular-season games.

Wotherspoon has spent most of his career in the AHL with Stockton, San Antonio and Lehigh Valley. He has five assists in 30 career NHL games over four seasons, all with Calgary.

Players attending camp on PTOs are unsigned veterans who are looking to earn a contract for the 2021-22 NHL season.