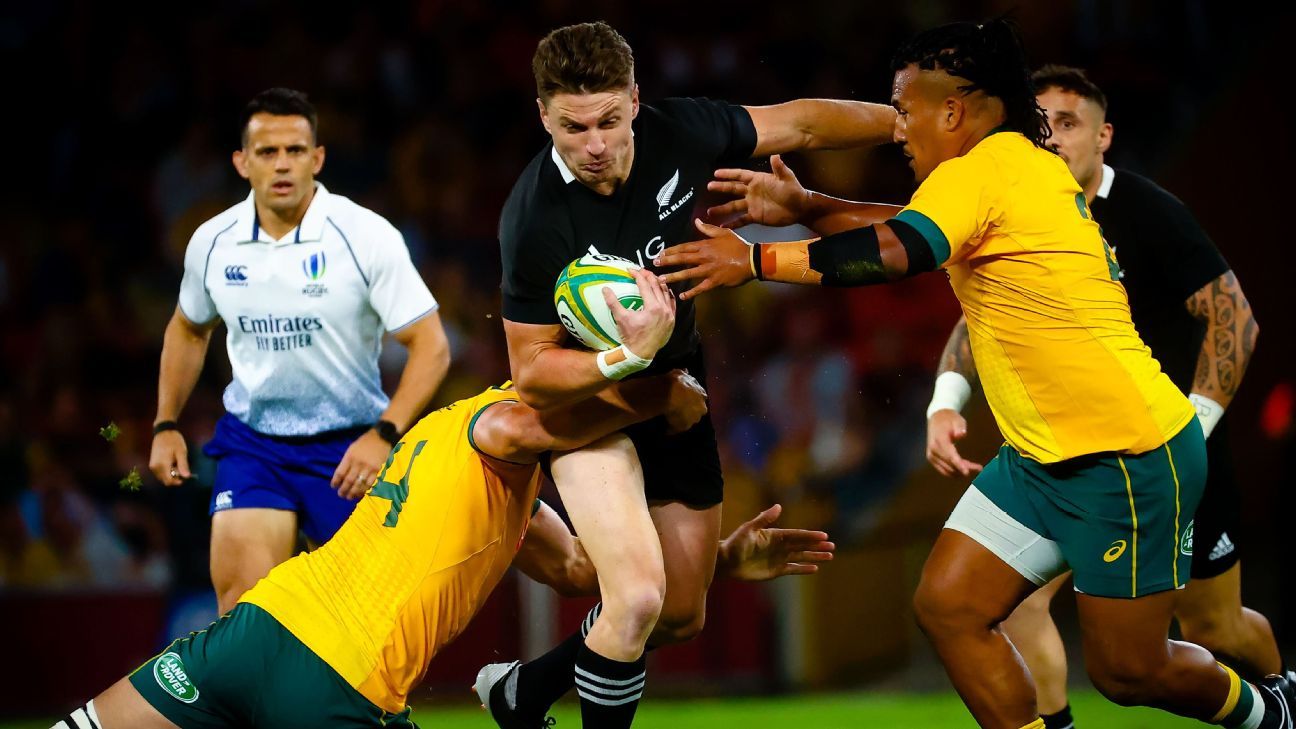 The three-match Bledisloe Cup has been thrown into uncertainty with the shutdown of the trans-Tasman travel bubble between New Zealand and Australia.

New Zealand Prime Minister Jacinda Ardern on Friday announced an eight-week pause on the travel bubble as New South Wales struggles to manage a COVID-19 outbreak in Sydney. Victoria is also battling a smaller outbreak, though a statewide lockdown appears to have slowed the spread of the devastating coronavirus.

“Covid has changed, so we must,” Ardern said in announcing the pause.

The first Test of the Bledisloe Cup series was due to be played at Eden Park on Aug. 7, with the Wallabies originally planning to travel to Auckland next week after regrouping on the Gold Coast on Sunday and preparing for a week in Australia.

But they may be forced to travel across the ditch much sooner, pending exemptions from the New Zealand Government; the bulk of the Wallabies squad has remained in Queensland following the 2-1 series win over France, although Brumbies players were permitted to return to Canberra earlier this week.

Given Queensland has only had a small number of recent cases, it may be that Rugby Australia [RA] is granted an exemption for the Wallabies to travel to New Zealand and avoid hotel quarantine ahead of the first Test.

If the first Test does proceed as planned, there is also then the issue of the second Test in Perth a fortnight later and the series finale back in Wellington on Aug. 28.