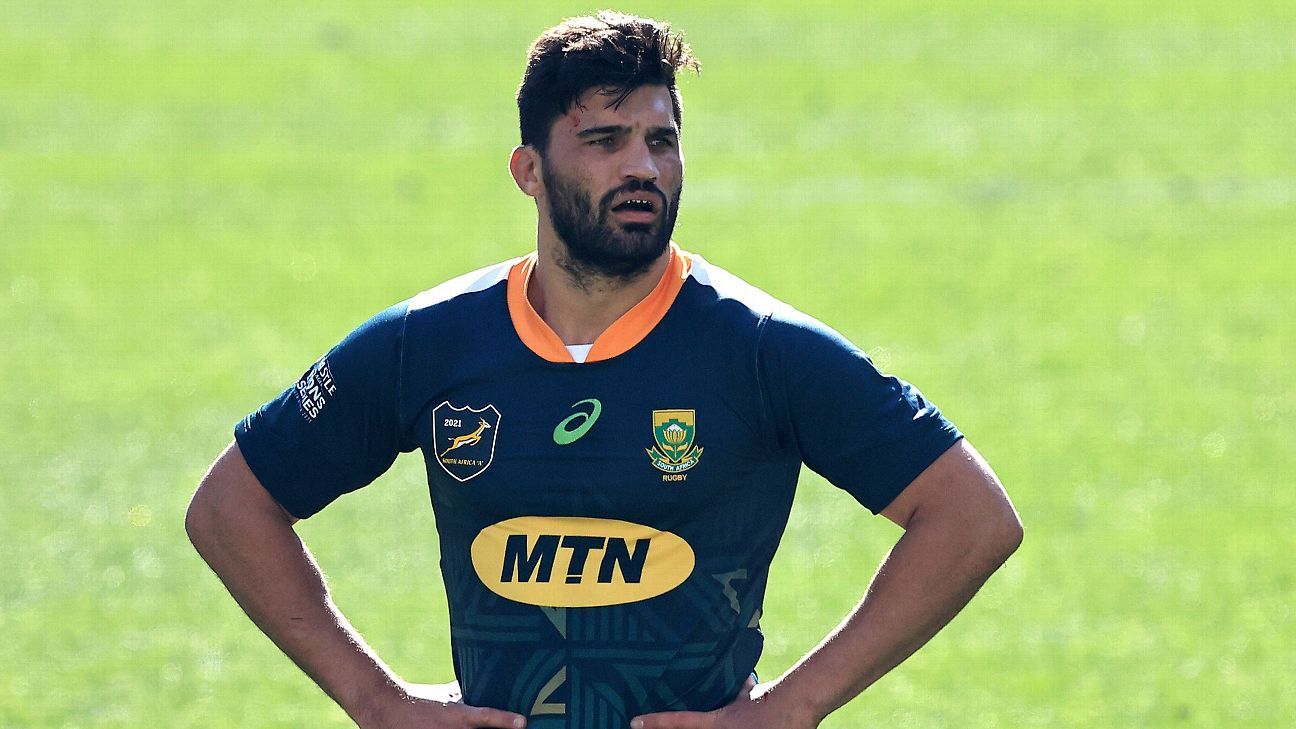 South Africa centre Damian de Allende has said he went into “a bit of a shock” after he was burned in a fire pit accident last month and is lucky to play again following his selection for Saturday’s opening test against the British & Irish Lions.

De Allende and Springbok lock RG Snyman were with Munster teammates Mike Haley and CJ Stander when petrol was poured onto the fire, causing an explosion.

World Cup winner De Allende sustained burns to his legs, hands and face but the 29-year-old has recovered and will start in the first of three-test series against the Lions in Cape Town.

“I am just grateful it didn’t end up being any worse,” De Allende said.

“Obviously thinking of a guy like RG, I think he got the worst of it … I got lucky and I am just glad it wasn’t worse. I can also say I am just glad I got to play rugby again.

“After it happened I did go into a bit of shock and I was in hospital on morphine and it was tough. When it wore off the pain started to kick in, it really struck me how bad it was and how much worse it could have been and how lucky I had been.”