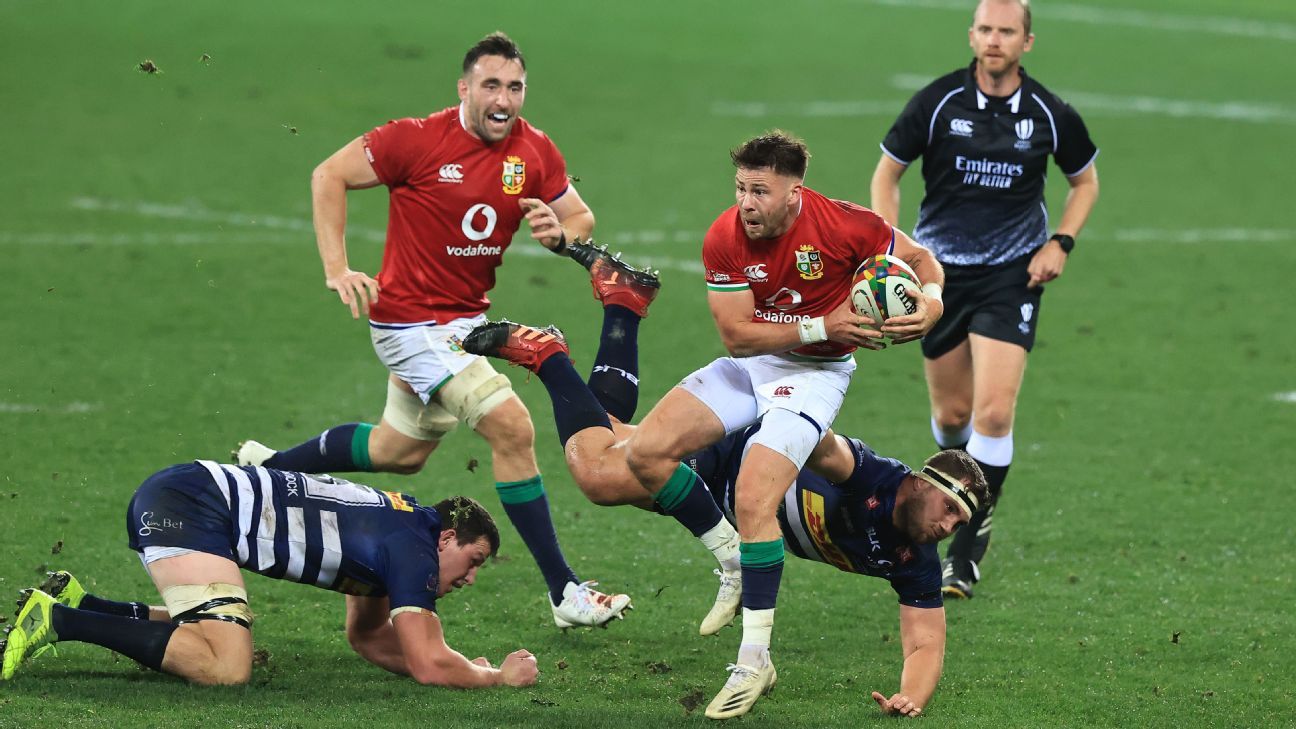 Scrum-half Ali Price impressed for the British & Irish Lions and put his hand up for Test selection in a comfortable seven-try 49-3 victory over the Stormers on Saturday, as Alun Wyn Jones returned to the team with 30 minutes off the bench.

It was another slow start for the Lions in the opening 20 minutes but once they found their groove they were far too strong for the hosts, who battled with the touring side’s impenetrable wall of defence and quick ball at the breakdown.

Price allowed them to play with that high tempo in the opening hour and he must now be putting pressure on tour captain Conor Murray for a starting place in the first Test against the world champion Springboks at the same venue next weekend.

Loose forward Hamish Watson was an aggressive runner with ball in hand, as was excellent hooker Luke Cowan-Dickie, while more good news for coach Warren Gatland was the return of lock Jones from a dislocated shoulder three weeks ago with seemingly no ill effects.

“It was hugely physical. When you come up against South African teams you know you will be in for a physical challenge,” Lions captain Stuart Hogg said post-match.

“At times things came off for us, at times they didn’t. But we are happy with that performance.

“We have a game plan that tries to get everybody involved, and if we execute well there will always be opportunities for points. But we still feel we left a lot out there.”

The opening quarter was scoreless as the Stormers spent much of the time in the Lions’ half without unduly threatening their tryline.

Swiel put the hosts ahead with a penalty midway through the first half but the Lions were on the board shortly after with a sweeping attack from their 22 finished off by Beard, which allowed Smith to convert for his first points in a Lions jersey.

That was followed almost immediately by a second try as the gaps began to appear in the home defence. A maul from an attacking line-out was initially stopped by the Stormers but powerful Cowan-Dickie broke away and was able to score.

The Lions got a third on the stroke of halftime when Hill cantered over in the corner after quick hands from Beard and Stuart Hogg put him into space. Smith converted for a 21-3 lead.

Conan crossed for a fourth try early in the second period after a well-rehearsed midfield move put him clear, and Fagerson burrowed over from close range for the fifth.

Rees-Zammit finished off an excellent break from Smith as the Lions went the length of the field late on to score, capping a hugely promising display from the 22-year-old fly-half, before Simmonds cantered in unopposed for the final score.

“The competition for places is ridiculous,” Hogg said. “We are fortunate with the squad we have. There are going to be 23 boys who are massively happy for the challenge, and others who will disappointed. There will be some very tough decisions.”