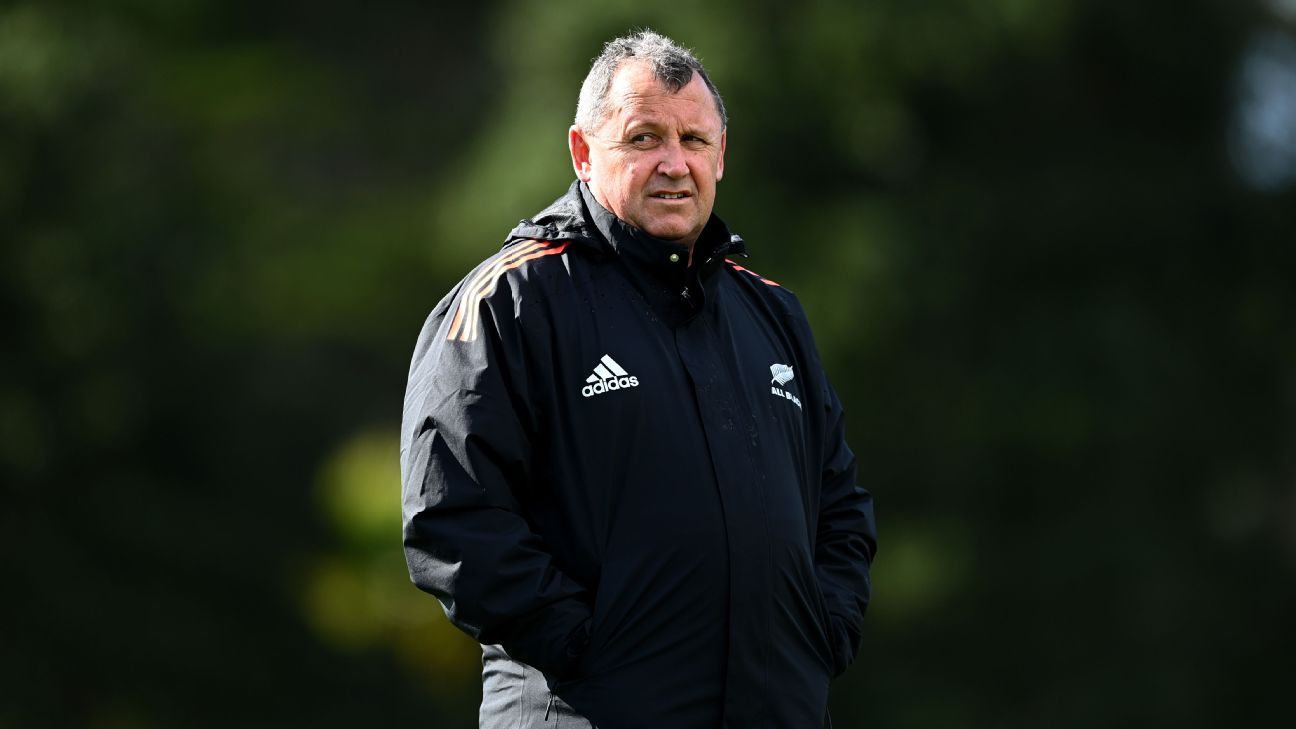 Appreciate what you’ve got before it’s gone is a notion that hangs large over the resumption of the All Blacks’ season this week.

There is every chance, at this point, that the opening two Bledisloe Cup Tests in Auckland could be the last time the All Blacks play at home this season.

What started as a bumper nine-Test home campaign has rapidly dwindled following the trans-Tasman bubble closure until at least September 23.

Add three and three together, as COVID-19 cases in Sydney show no signs of slowing, Queensland’s lockdown is extended and New Zealand Deputy Prime Minister Grant Robertson saying any reopening of the bubble would be “all or nothing” rather than state by state, and the All Blacks could well be set for another extended period abroad.

The plan at this stage is for the All Blacks to travel to Perth for the third Bledisloe on August 28 – and remain in Australia for two Tests against the Pumas previously scheduled for Auckland and Wellington.

The All Blacks are then slated to play the Springboks, in the 100th encounter between the two powerhouse rugby nations, two days after the potential bubble reopening in Dunedin on September 25, and again the following week in Auckland.

Yet while the bubble remains paused and two weeks’ quarantine required to enter New Zealand, it seems probable the entire Rugby Championship may need to be played in Australia – as was the case with the Tri Nations last year.

Depending on how the Australian COVID landscape evolves the All Blacks could yet be forced to quarantine twice this year, or head straight to Washington D.C. following the Rugby Championship to start their end of year tour which would result in up to three months away from home.

Such a fraught, uncertain backdrop heightens the need for the All Blacks to retain the Bledisloe Cup in the first two Tests at their Eden Park stronghold before departing New Zealand later this month.

Essentially, make the most of home advantage while you can.

With the first two Bledisloe Tests to be held at a venue where the All Blacks last lost to the Wallabies in 1986, a sense of comfort accompanies the here and now.

Ultimately, that’s all the All Blacks can control.

Outside the World Cup the Bledisloe is the trophy the All Blacks treasure most. This year, its importance increases for Ian Foster, too.

Lock it away in dominant fashion and Foster can put pressure on NZ Rugby bosses to extend his contract beyond this year. Any serious wobbles at home, though, and that distraction could drag well into the Rugby Championship and possibly as far as end of year tour.

As last year’s 50% win record in Foster’s first year at the helm proved, winning away from home is no easy feat.

The All Blacks and Wallabies arrive at the opening Bledisloe juncture after contrasting July series.

Dave Rennie’s Wallabies will be buoyed by their 2-1 French series success – the character to clinch the decider after being one man down for 75 minutes an invaluable experience for their young brigade.

Confronting Eden Park’s history is another beast entirely, though, and the All Blacks are likely to target playmaker Noah Lolesio after his challenging Test debut in their 43-5 Sydney victory last year, the best performance by Foster’s men in 2020.

As well as Lolesio and Reds halfback Tate McDermott have played for the Wallabies, James O’Connor and Nic White are big losses from an experience point of view in the halves, though the Brumbies No. 9 is a chance to return in Auckland.

Foster used July – the 102-0 romp over Tonga and two wins against Fiji – to rotate his 36-man squad and separate contenders for his highly-contestable top side.

With David Havili expected to start at second five-eighth, Luke Jacobson and Akira Ioane in the loose trio and Damian McKenzie at fullback, the All Blacks first-choice team remains relatively new to each other. Combinations are anything but settled and the All Blacks, while not to the same extent as coming in cold to the opening Wellington draw with the Wallabies last year, have their own potential vulnerabilities first up.

Unlike the Wallabies, the All Blacks weren’t tested to the same degree last month either, though Fiji’s breakdown pressure in Dunedin acts as a helpful prelude for where Rennie’s men will attempt to make life difficult for halfback Aaron Smith, in his 100th Test.

When attempting to reclaim the Bledisloe for the first time in 18 years, it doesn’t get much more daunting than back-to-back Tests at Eden Park.

Given the option, Rennie would much prefer the original schedule which had the second Bledisloe in Perth where the Wallabies stunned the All Blacks in 2019 when Scott Barrett was red carded just before halftime.

But in these times of snap lockdowns and vaccination drives you take what you can get from a sporting perspective.

As far as the immediate future is concerned, that’s another Bledisloe Cup hand stacked in the All Blacks’ favour.